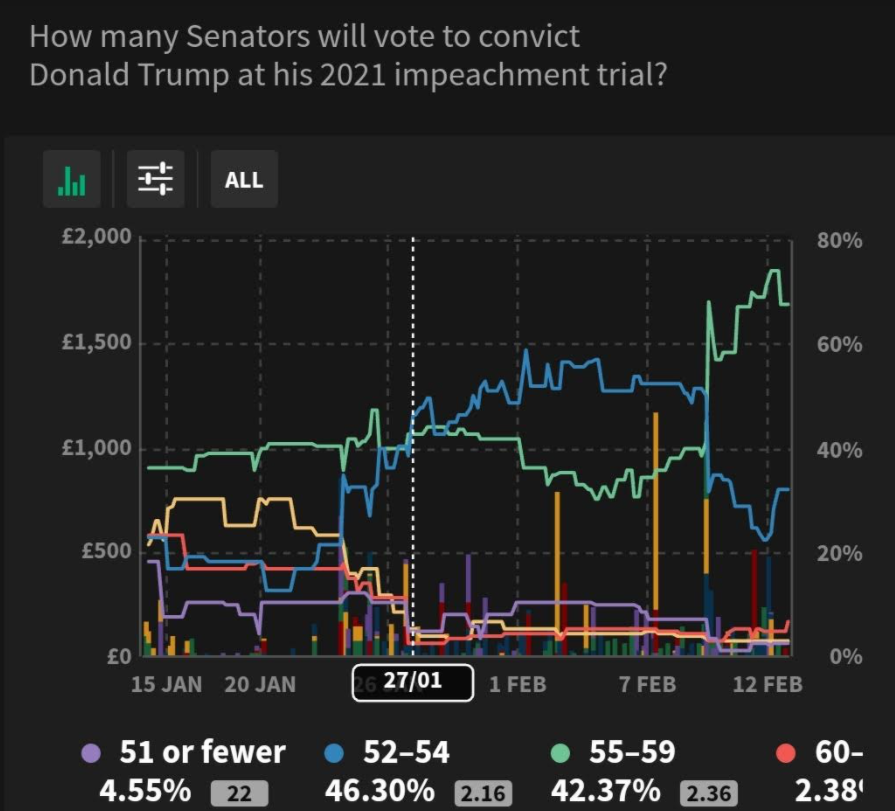 The big political story in the US continues to be on Trump and tonight should see the end of his impeachment trial in the US Senate. For that to pass it needs two thirds of the 100 members to back in and all the signs are that is that not enough Republicans will take a gamble on what could put their future in jeopardy by backing the impeachment move.

It did look and hour ago that the vote could have been put back because the Dems wanted more time to bring in witnesses. That’s now changed.

If impeachment were to pass then Trump, the WH2020 loser, wouldn’t be able to stand again in 2024.. He’s currently second favourite in the betting to get the nomination.

Even though there’s widespread agreement that the Democrat impeachment managers made an overwhelming case few senators are ready to risk failing to be re-nominated when their current terms expire. Trump is, rightly or wrongly, perceived to have huge influence over his base and if he decides that a particular Senator should go the fear is that he will succeed.

The signs are that 55-59 Senators to support impeachment but it is not going to go beyond that. That segment in the betting looks value.