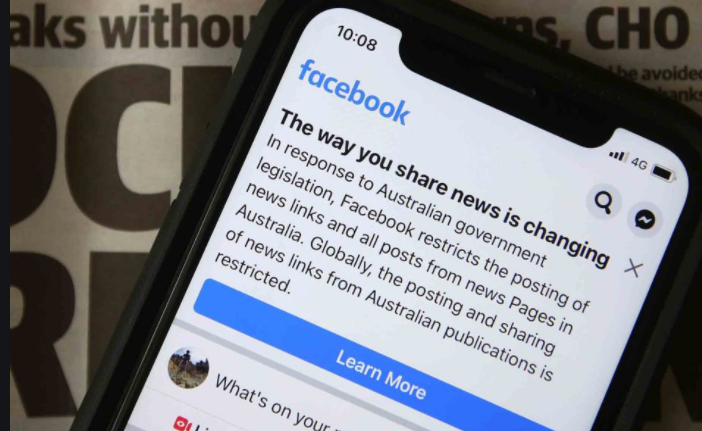 Richard Tyndall on the Australian government move against Facebook

So one day, when this terrible virus is finally under some semblance of control, we will be able to go back to the pub. We will be able to do something that we have been unable to do for far too long – socialise face to face with our friends. Hopefully we will be able to resurrect the Political Betting pub nights and prove to each other we really are human after all and not the product of some social media bot factory in Chernogolovka. We will laugh, joke, catch up on all the personal news and gossip about what is happening in the world – informed of course by what is being reported in the newspapers both hard copy and, increasingly, online.

But imagine if, just as you were starting in on a juicy bit of news about the latest political scandal, a figure stepped up to the barman and demanded a quid in payment for the news his customers were repeating. And further more every time another of the party mentioned something else they had seen in a paper, the figure demanded yet another pound. At some point pretty quickly the owner of the pub is going to introduce some rules on what can and cannot be discussed. He has to. If he does not then he will start losing money faster than he can make it.

Of course, no one is suggesting that this is a realistic proposition, but it is, in effect, what the Australian Government are demanding of Facebook. And, moreover, what the French and Spanish Governments tried and failed to introduce for any and all websites only a few years ago. What the Australians have said is that Facebook must pay for every time one of their users links to a news item from an Australian media source. Or at least pay whatever lump sum the media demand for the right to repeat their gossip. Facebook took a long hard look at this and decided that, on balance, they were better off simply stopping their users linking to these sources.  This is a simple case of supply and demand. If the news sources want to charge us – or Facebook – for repeating their news then of course they are perfectly entitled to do so. But by the same measure if we decide that news is not worth paying for then we – and Facebook – are perfectly entitled to say no thanks. That is what Facebook have done. And the howls of outrage it has produced around the world with the ludicrous claims of ‘an assault on democracy’ are as predictable as they are disingenuous.

Of course Facebook and Google are not exactly flavour of the month – or the decade – with either Governments or the Dead Tree Press. They are difficult to control and Governments hate anything they can’t control. And this is the real reason for this action by the Australian Government and for the support it is getting from other politicians around the world including Julian Knight, the Chair of the UK Parliament’s Digital, Culture, Media and Sport Committee. They want Facebook and the other social media companies brought to heel, not for the sake of the Dead Tree Press but because, ultimately, the aim is to make sure they have far more control over what we can read, learn and discuss online.

Tim Berners-Lee, the man who is credited with inventing the World Wide Web and an oft times outspoken critic of Facebook, Google and the rest of the Social Media giants, has said that if more widely adopted (and why wouldn’t it be) the Australian laws will rapidly make the Internet as we know it unworkable. Link taxes and payments for referencing news stories will kill most discussion sites – Political Betting included.  Combined with moves towards making access to large swathes of Internet content only accessible by subscription and of slowing down data speeds for sites that don’t pay a premium, along with more and more Governmental control and interference will mean that we will look back on the last couple of decades as a long lost era of real Internet freedom never to be repeated.

You may not much like the Social Media Giants and for sure they should be held to account for paying proper taxes on the vast profits they make. But that is not what this argument is really about. In this instance it is Facebook who we should be supporting, not the Governments who see, at long last, an opportunity to end this era of unrestricted communication between people all across the globe.

In the end I fully expect Facebook to lose this fight. But in fact it will be all of us around the world, whether or not we use Facebook, who will be the real losers.