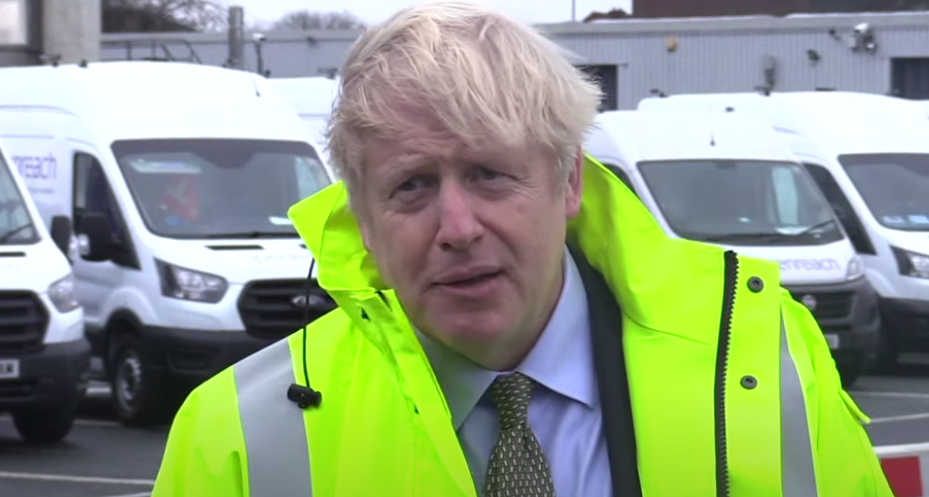 Settling in – not even reverting – to being a normal PM will be tough, maybe impossible

Boris Johnson is an oddity of a prime minister in many ways. For someone with such an impeccable establishment background, there’s a distinct air of the outsider to him. Maybe its that while he may be amusing and entertaining to many, he’s not especially clubbable; to be at the centre of attention, he has to be to some extent apart; he always blazed a trail aimed at No 10 but his path was unconventional, as, inevitably, was his political experience. That defines his premiership and will continue to do so.

When Johnson became PM in 2019, he’d been an MP for eleven years (in two periods) but had served only two years in the cabinet or shadow cabinet, making him the least experienced to take on the top job in that sense in centuries – and his time as Foreign Secretary was hardly distinguished, nor a period of model cabinet government.

Instead, Johnson’s career, rather like his life in general, has been centred on the man himself. He was editor of the Spectator. He was mayor of London. He was the principal voice of the official Leave campaign. Even when he was involved in collective endeavours, his was a voice singing his own song – and more often, he was exercising authority of a more executive nature.

So it continued as PM. Johnson’s first challenge was delivering Brexit with no parliamentary majority and oppositional minorities within his own party. Unlike May, he chose not to engage them but instead to engage them: the Europhile wing was all but expelled before the election, and he was almost as ruthless after it in his appointments. His actions were more those of a president than a prime minister whose position relies on the confidence not only of the House in general but also his own MPs.

However, that didn’t matter. For the first few months, the polling for both him and his party was sky high so he could act with practically sovereign impunity in his decisions – and then Covid struck and much of the political system was debilitated.

The result of those two gigantic challenges is that Johnson has exercised immense executive authority with minimal concern for parliament or even his own MPs. In the first instance, they were ignored pending his playing his trump card of an election; in the second, parliament has been neutered by the virus.

This will create a psychological and habitual legacy. A man already uncollegiate and accustomed to acting on his own whims will have spent two years as PM following those instincts and largely coming through successfully. Some will point to the Covid death toll and question the extent of that success but practical results are not necessarily the same as political results. (In any case, decisions being taken too late was frequently a consequence of SAGE not making its mind up and advising restrictive measures quickly enough).

And why wouldn’t he? It’s not only how he’s operated but he’s barely seen any other way – and to the extent that he has, what he saw cannot have commended it to him. However, politics will return to something like normal before too long. Parliament will be back, though the Tories will still have an 80-seat majority, and ministers will need a more collective approach to the much broader range of strategic decisions they’ll need to take, not because that’s how it used to be done but because that’s what tends to work best if you want to avoid splits, public arguments, divisions and open challenges to authority.

However, there’s a dichotomy here. While Johnson has been accustomed to doing his own thing, he’s also generally been relatively passive and reliant on the advice or decisions of others, and inclined to avoid criticism if it could be put off. So key decisions have been driven by Cummings, Whitty, SAGE, Hancock and Sunak – seemingly without much co-ordination. And whereas Theresa May would aim for compromise, Johnson tends towards inconsistency: selling different (and incompatible) messages to different groups at the same time.

Not only is that not good government, it’s not good politics. Johnson’s ratings are high at the moment because he’s benefitting – not entirely unreasonably – from the successful vaccine roll-out but when a more diverse agenda follows, how does he handle that? Where is his post-Brexit, post-Covid vision, philosophy and strategies? People rightly criticise Keir Starmer for not setting out Labour’s alternative but in truth, the government hasn’t even done that itself now Brexit is ‘done’. It will be very easy for the government to drift into managerialism with only cheery words to mask the emptiness.

If that analysis is right, it opens the opportunity for other ministers to seize an opportunity and shine a light upon themselves, putting forward their own vision for Britain. Those betting on the next Tory leader (and next PM, if you think – as I do – that the change will be before the next election ), would do well to look to who has the best platform from which to make that case.