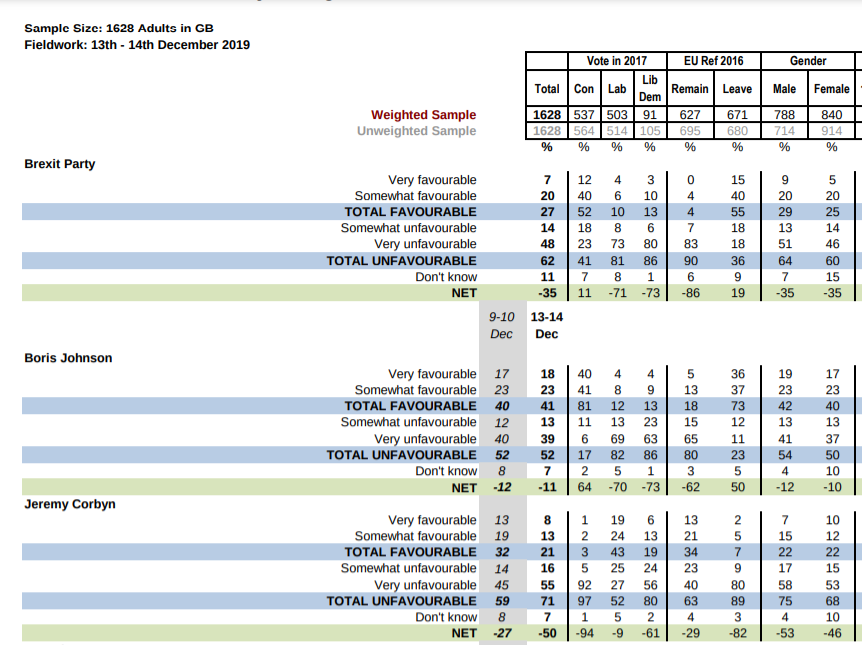 Yesterday I found myself looking back over some GE2019 polling and one of the remarkable things that I don’t think had been picked up at the time is in the panel above. These were YouGov’s last favourability ratings before the general election and as can be seen Corbyn was in negative territory almost across the board even amongst those who had voted for the party two and a half years earlier.

What is striking is that generally a leader gets backing in surveys like this from those who had recently supported his or her party. Even TMay maintained strong support from previous CON voters in the close of her disastrous GE2017 campaign.

The other remarkable feature in the panel is how dramatically Corbyn’s position deteriorated in the final few days. In the poll carried out on December 9th and 10th he had a net negative of minus 27%. Just four days later that had slipped to a whopping minus net minus 50%.

It is always said that many voters don’t pay much attention to politics until the final week of the campaign and the comparison here is very striking.

The challenge for the Tories next time is that the Opposition Leader will not be Mr. Corbyn.