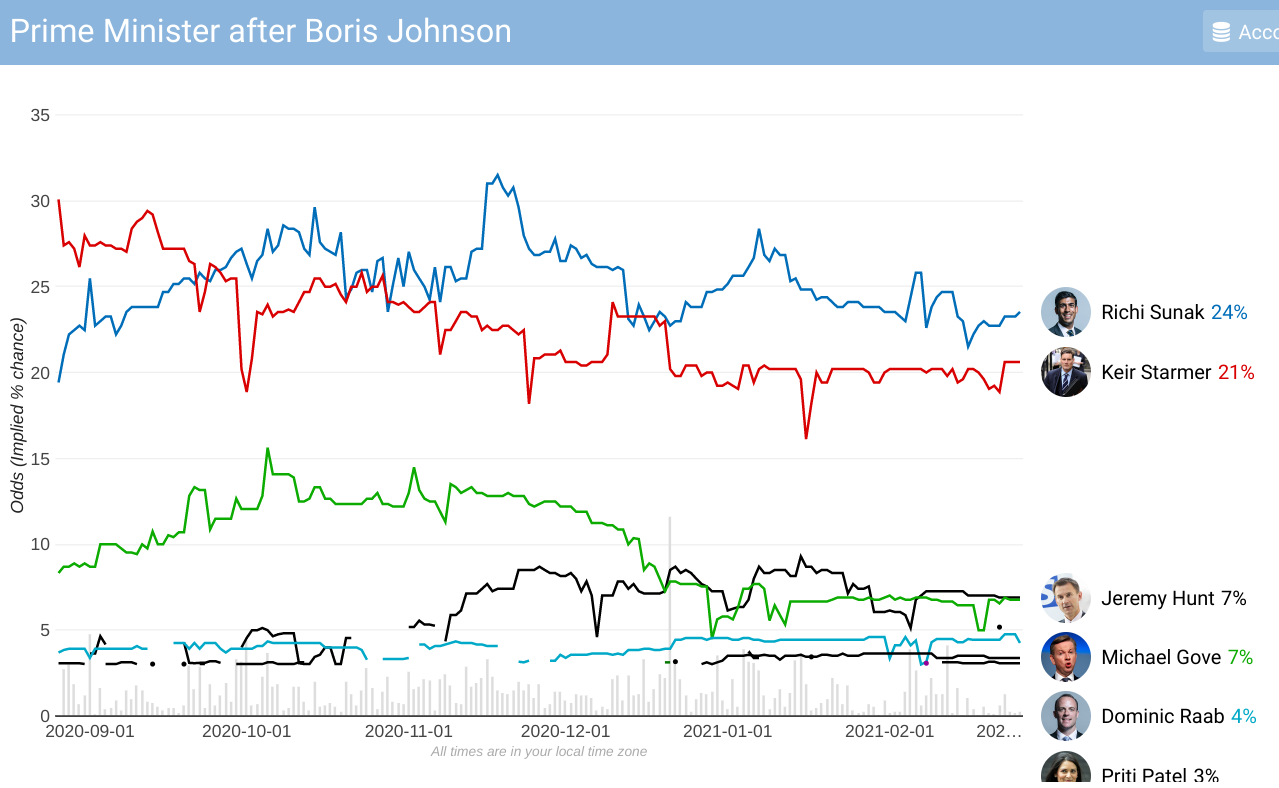 The chart from BetData.io shows the 6-month trend on Betfair’s next prime minister market. Sunak and Starmer remain the top two but they are no longer as strong as they were.

For Rishi there needs to be a Tory leadership contest and that almost certainly requires Boris to stand aside – something over which I am becoming less convinced about. Johnson, surely wants to fight another general election. But he won’t stay in that position forever and a great strength for Sunak is he has age on his side as well as occupying one of the key offices of state.

Secondly Rishi would need to win the subsequent leadership contest and I am less convinced that he will be able to do that. Jeremy Hunt is not part of the Johnson administration but he remains a very powerful figure and might just be the one who could topple Sunak in a contest.

Starmer’s chances rely almost totally on there being a general election and for the outcome being one that leaves him as prime minister. As I have argued before he does not need a LAB majority for that happen. If Johnson loses the Tory majority then he would struggle to find another party to back the Tories and permit a continued stay at Number 10. That general election outcome could happen even if the Tories had a popular vote lead of 2-3% and most seats.