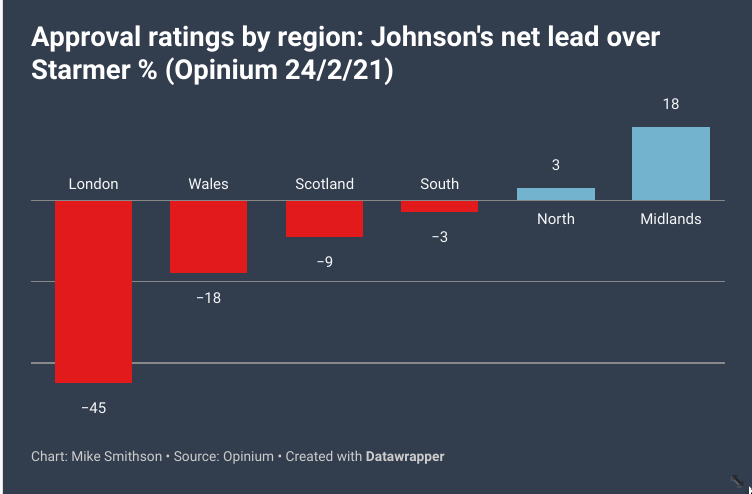 One of the things that is rarely done in polling analysis is to look at geographical breakdowns breakdown like in the chart above based on the latest Opinium poll.

In this case it is really important to take notice of this because of the huge gulf that it portrays between how Johnson and Starmer are perceived in London compared with views a hundred or so miles up the motorway in the Midlands and then the North.

The clear pattern is that Starmer’s doing OK in London, Wales and Scotland but once you get into the parts of England where many of the marginal seats are then things are very different.

If this polling is anyway predictive of what is going to happen then the mountain that Labour faces at the next election looks even greater.

These are very challenging times for Starmer because all the focus is on what the government is doing and the opposition really has little role and is not in a position to say anything that’s particularly relevant.