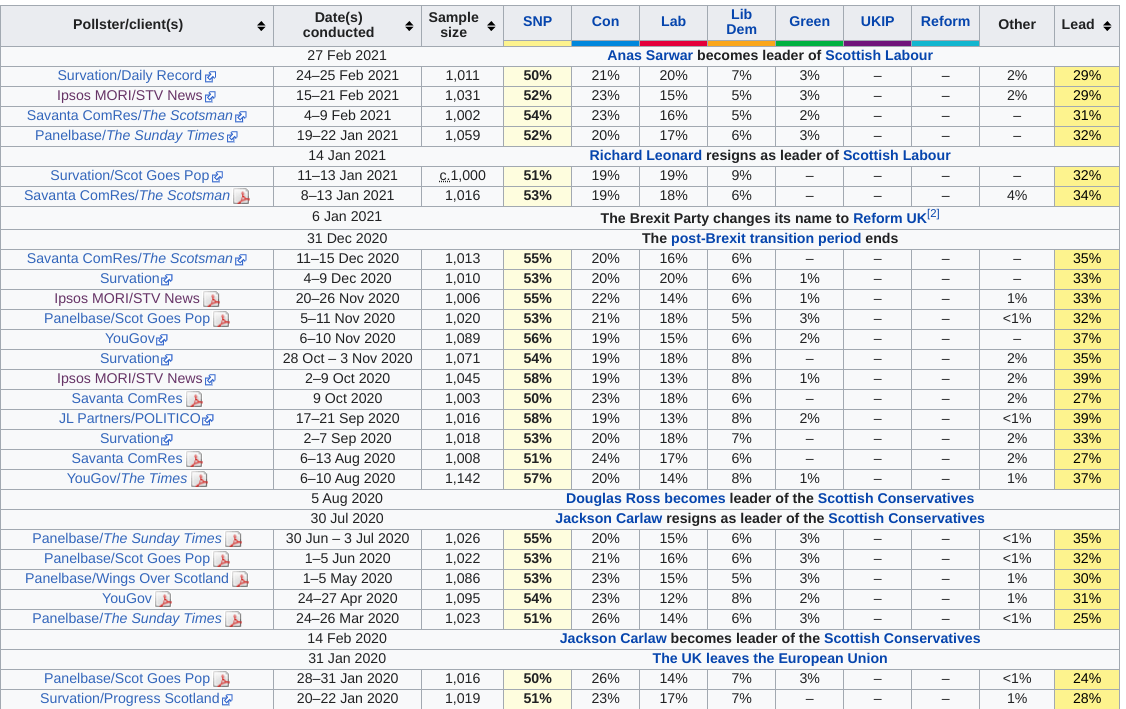 Could the Salmond-Sturgeon row impact on May’s elections?

Probably the biggest elections taking place in the UK on the first Thursday of May are for the Scottish Parliament where a majority for the SNP could be important plank in its effort to have another referendum on the country being independent.

If the latest poll by Survation for the Daily Record then opinion might just be moving away a touch from Nicola Sturgeon’s party. It has not been a good period for the SNP leader following the highly publicised row with her predecessor Alex Salmond. This is from Andrew Rawnsley in the Observer:

I’ve had a ringside seat for many a political feud. Heath versus Thatcher. Thatcher versus Major. Blair versus Brown. Brown versus Mandelson. Osborne versus May. Cameron versus Cummings. Cummings versus just about everybody. I thought I could no longer be shocked, but none of the above were as lurid as the bitter struggle that has erupted in Edinburgh. Mr Salmond accuses senior figures in the party he once led of a multi-tentacled conspiracy to destroy his reputation. In a 26-page document submitted to an inquiry by the Holyrood parliament, he makes the sensationally grave accusation that Ms Sturgeon’s inner circle ran a “deliberate, prolonged, malicious and concerted effort” to discredit him, “even to the extent of having me imprisoned

It is hard to see this not having an impact and just about all the other parties in Scotland are doing their bit to make it as embarrassing as possible for Sturgeon.

In the betting Smarkets has the SNP as a 99% chance of winning most seats but it is whether the party secures another majority that could be critical to the future of the Union.