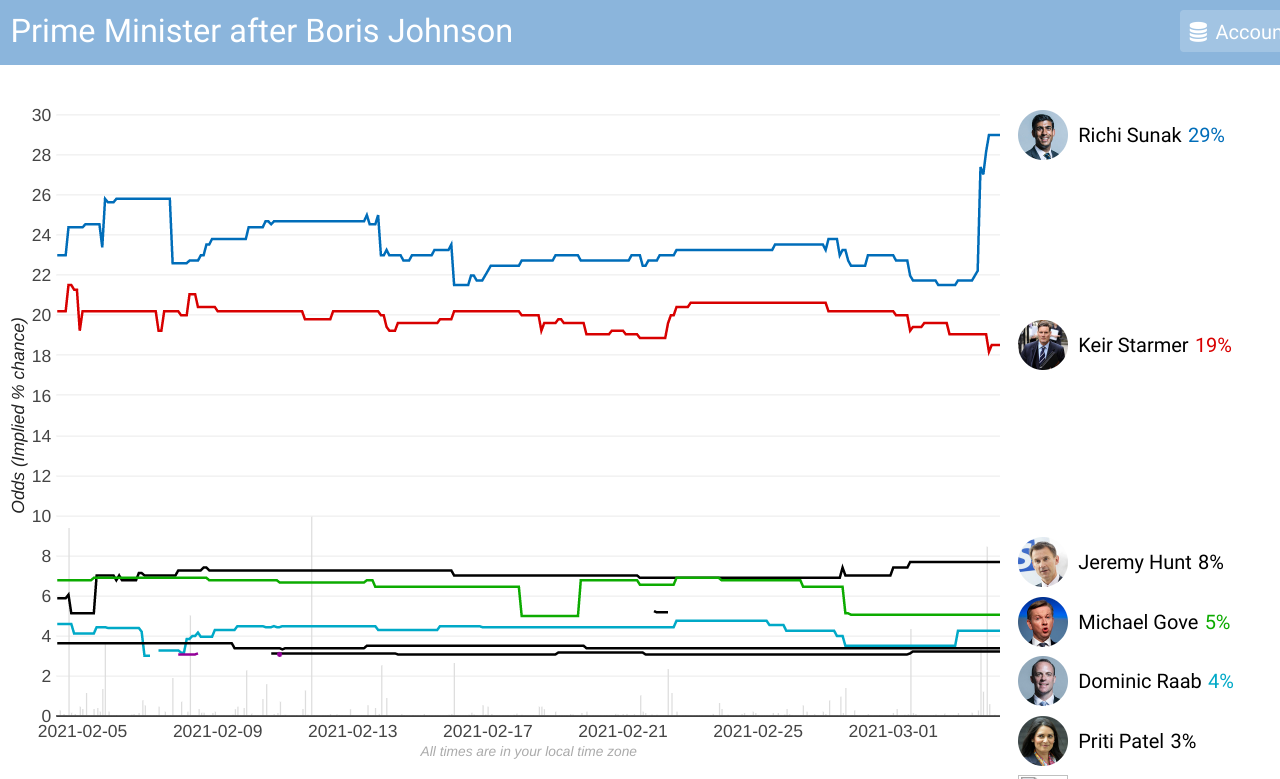 In the chart above is the latest betting from Betfair on who punters think will be the next prime minister based on where they are placing their money. The picture is very clear – in the space of a few hours after the budget Sunak moved up in the next PM betting from a 21% chance to a 29% one.

The instant post budget polls have all shown very good numbers for the Chancellor and YouGov found that by 38% to 18% even LAB voters were supportive.

Only problem for Rishi is that there is not a vacancy and by the time one occurs then the world could look very different.

My guess is that relations between him and Johnson are going to get increasingly strained. The fact that there is a ready made replacement who is apparently a lot more popular will not go unnoticed by Tory MPs.

I’m increasingly coming to the view that notwithstanding his vaccine success that Johnson will not lead his party into the general election.