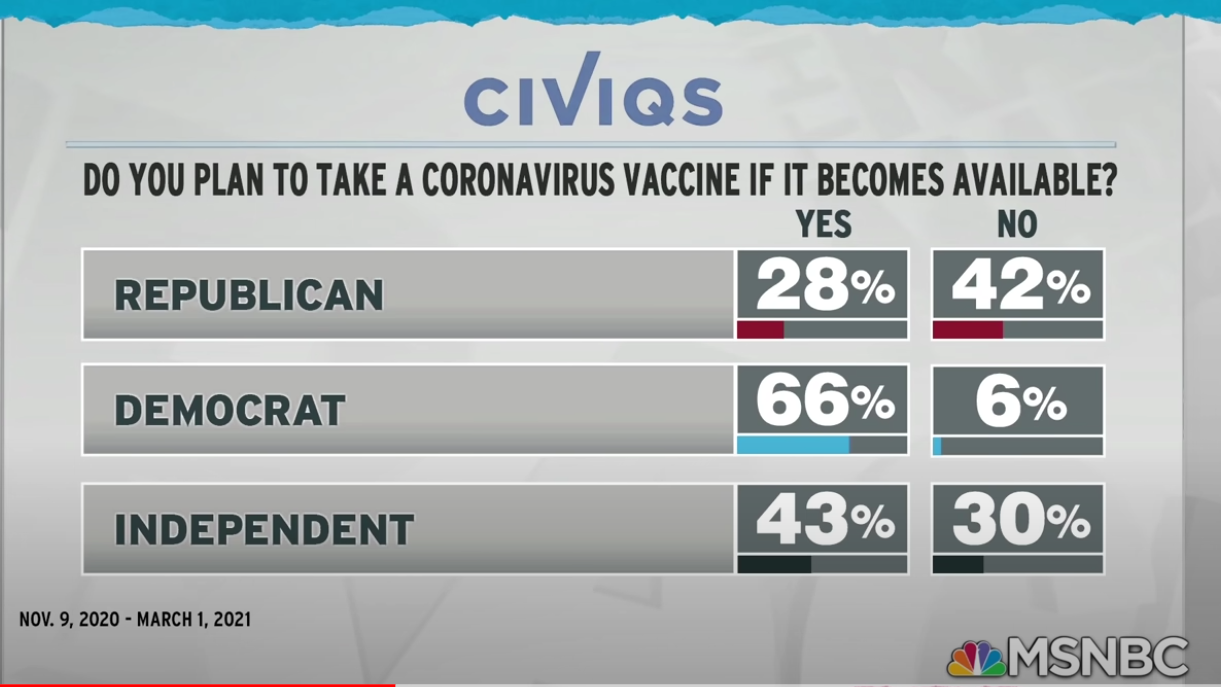 One of the features of American politics I find difficult understanding is in the above polling. As can be seen supporters of Donald Trump’s party, the Republicans, have a much more negative of vaccination view than Democrats even to the extent that 42% say they don’t plan to take it

This is not margin of error stuff but a huge divide and from what we know the refusers are likely putting their own lives at risk. The technical term, I’d suggest, is “potty”.

Quite why this should be is hard to say but I wonder whether it was the ongoing rhetoric from the former president about the pandemic that might well have impacted on his supporters. Trump appeared to take the view that the whole COVID episode had been a plot by his opponents to undermine his presidency.

Biden, in his first few weeks as President has made tackling his first priority and has set ambitious targets. How many of the 42% are opposed because the mass vaccination programme is being run by the Democrats?

In fact how this is being carried out varies state by state.

There is nothing to compare with in the UK. In its most recent polling Ipsos found 90% of Brits wanting to be vaccinated with slight lower percentage amongst BAME groups.