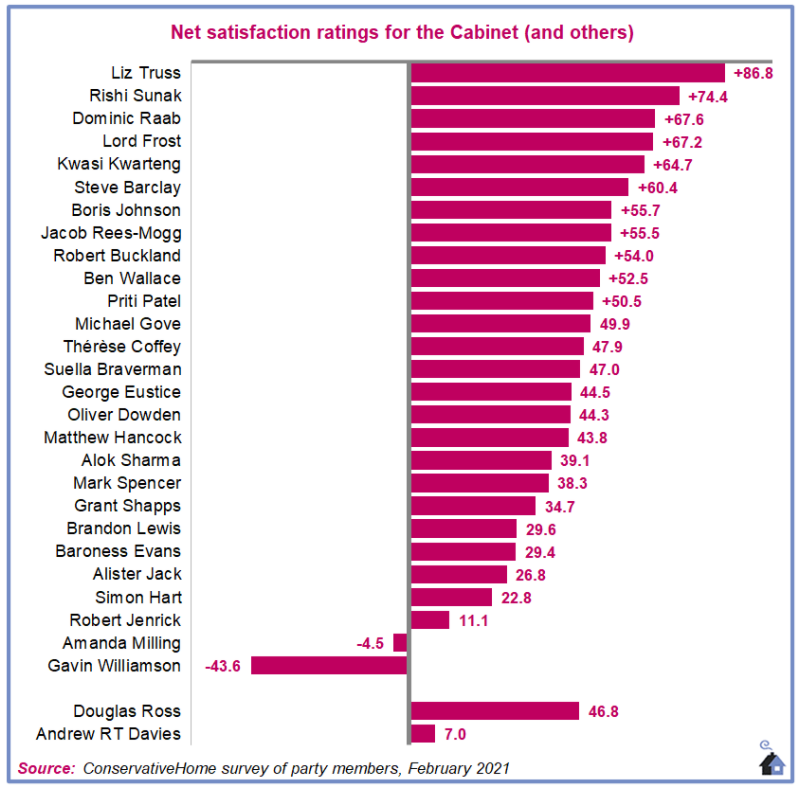 I always like this monthly table from ConsrrvativeHome which seeks to show what party members think of the Cabinet. This is one area where the EdSec Gavin Williamson has really struggled and as can be seen he is down to a net minus rating of 43.6% in the latest survey.

These are terrible figures and must cast doubt his political future. In the betting Williamson is favourite to be the next Cabinet member out.

The former fire place salesman came to prominence during the 2016 post-referendum Conservative leadership campaign when he ran Theresa May’s campaign – an event that became the subject of a Channel 4 drama documentary. He was portrayed as a foul mouth thug whose tough tactics worked very effectively.

What has been surprising is how he has progressed since and now holds the job of EdSec which has a high profile at the moment because of the pandemic and the decision to re-open schools.

The other notable feature of the latest survey is that the list is topped not by Sunak but by Liz Truss – the former Liberal Democrat who once moved a resolution calling for the abolition of the monarchy at a party conference. I wonder whether she might be a good prospect for the leadership once Johnson goes.