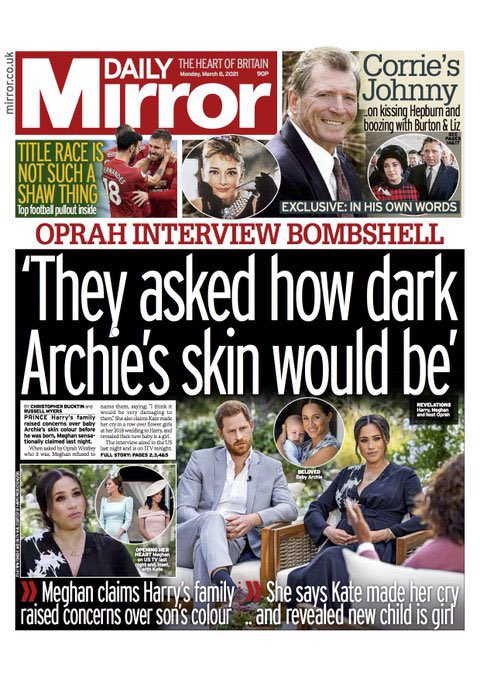 I had not planned to run a thread on tonight’s big interview but this is what everybody seems to be talking about so here it is.

Like many, I guess, I follow the affairs of the Royal Family from the standpoint of Netfiix’s hit series “The Crown” – so about 20 years behind. and it is going to be many years before that will cover Prince Harry’s marriage to Meghan and all that followed.

I thought the point made by Meghan about her son’s skin colour rang true and you only need to look back to some of the media coverage at the time of their marriage to see how that was an issue.

My guess is that a consequence of tonight will be a renewal of the debate on the future of the Royal Family after the Queen dies. Will it survive? Probably but it is much less certain.