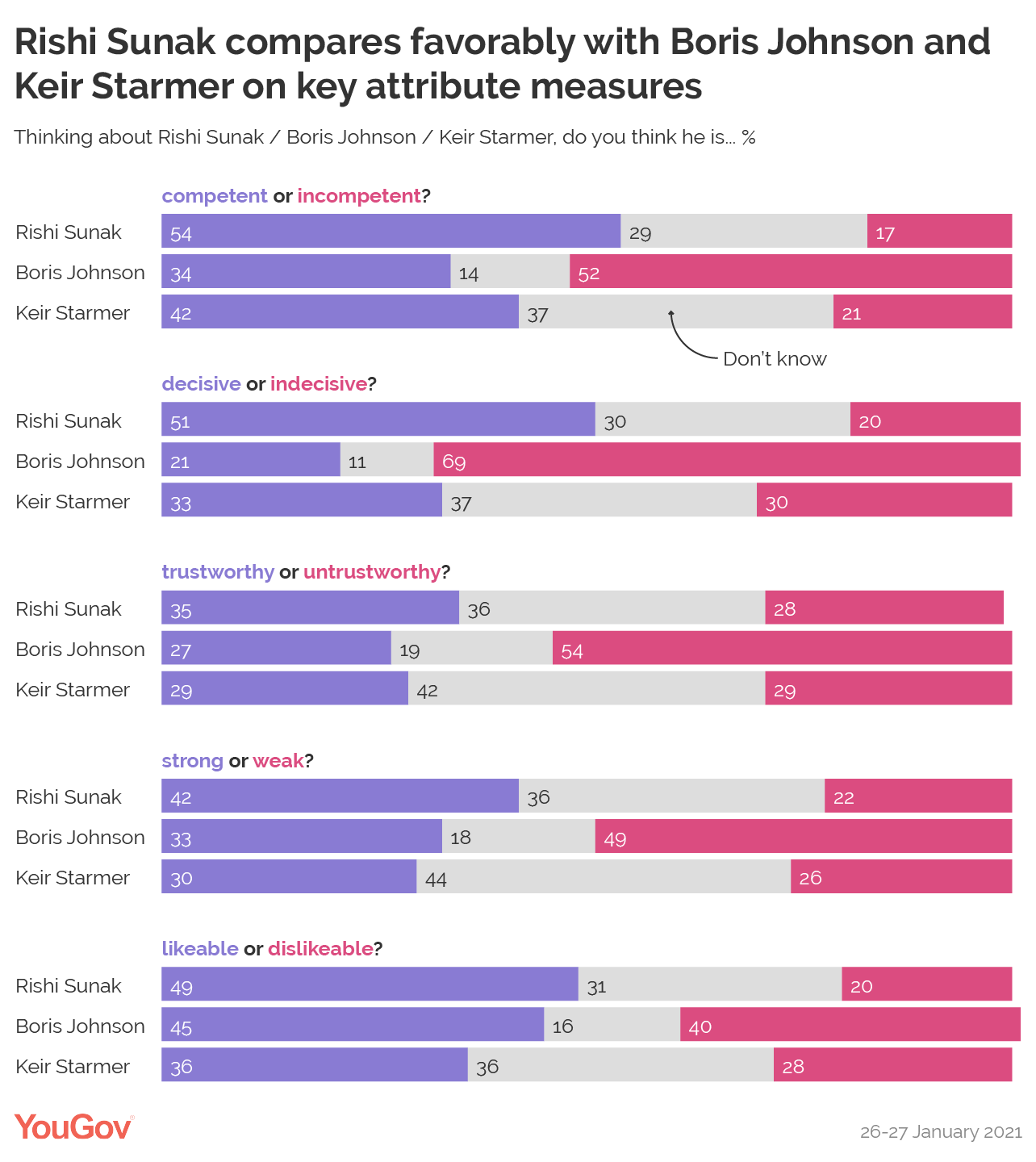 The above YouGov polling came out last week but got overshadowed by the budget and I think they should be highlighted.

For in all the comparisons listed Johnson trails behind Sunak and in all but two of them Starmer as well. The competence split where the Chancellor has a huge net lead over the PM is very striking. Just 34% regard the latter as competent compared with 52% who don’t.

None of the three come out of the trustworthy question well but by two to one those polled think the PM is untrustworthy.

The decisive-indecisive highlights a big perceived failing with 69% saying Johnson’s indecisive. He also trails Rishi by some margin on the strong or weak question but is ahead of Starmer who has a very high level of don’t knows. The one positive rating for Boris is on likeability though he trails Sunak.

Starmer’s numbers almost across the board have a very high level of don’t knows reflecting that he’s not known by many yet.