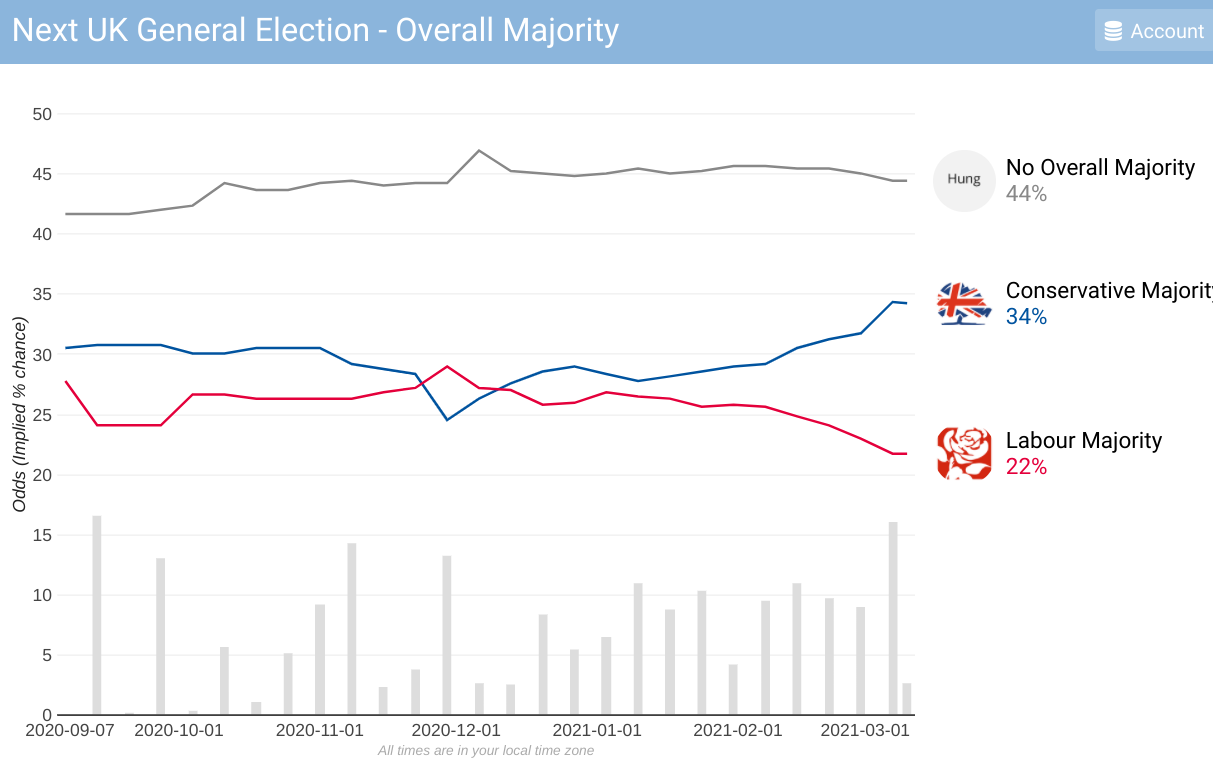 The Bedata.io chart above shows what’s been happening on the Betfair next general election overall majority betting market. As can be seen a CON majority, now a 34% chance, has risen to its highest level in a year while a LAB majority has dropped to 22%. My guess is that the recent moves are in response to the positive polling news for the Tories.

The thing I find remarkable is that even with one poll having the Tories 13% ahead those who risk their money gambling on elections think that no overall majority is the likely outcome.

My reading of the market rules is that the Tories will have to win 325 seats or more although with the continuing refusal of Sinn Fein to take their seats at Westminster the effective total for power is about 317 seats.

The last year has been totally dominated by the pandemic and it has been hard for Starmer and Labour to get a look in. This situation will not remain and I do think that a number of people who take part in PB discussions underestimate the LAB lead who took over last May

Also there have been no by-elections in England the weekly results of which are good to compare with the polls.