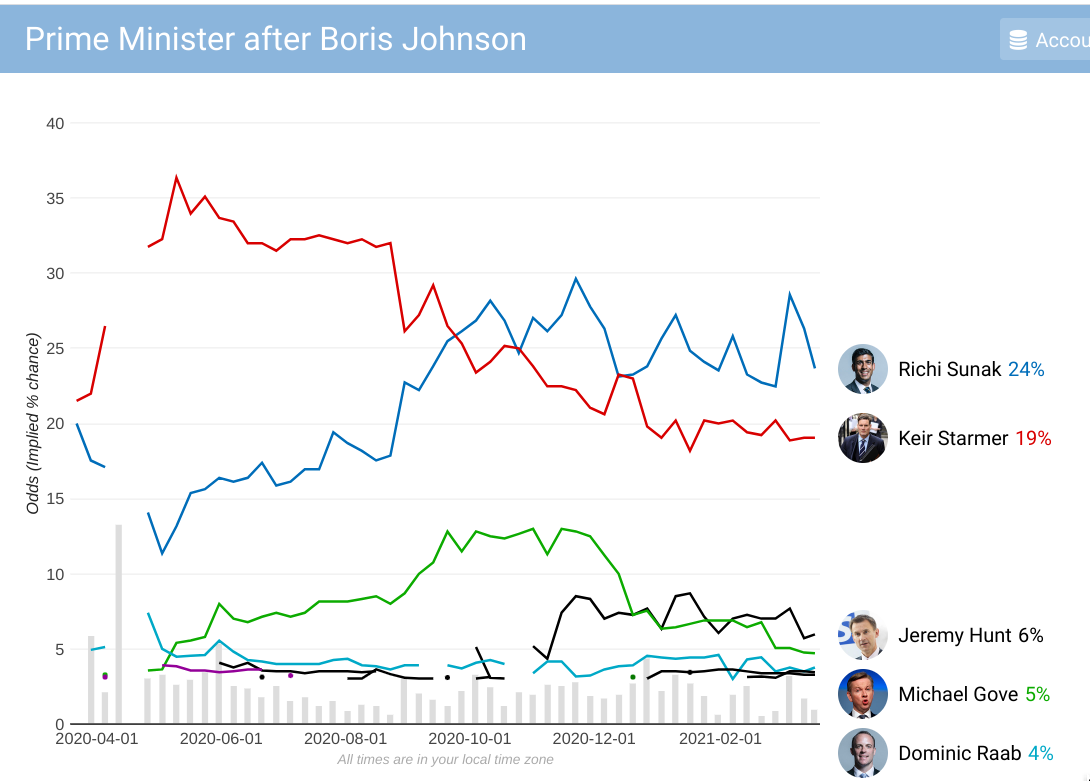 The biggest current political betting market that I have an interest (I’ve £20 on Sunak at 250/1) is who is going to succeed Johnson as prime minister. The Betdata.io chart above shows what has happened on Betfair over the past 12-month and ask can be seen Keir starmer was favourite for a period but most of the time it is the Chancellor of the Exchequer, Rishi Sunak, who has been in the top slot.

So much in this market depends on when the general election is. If Boris were to stand down before the election then there would be a Conservative leadership contest and whoever won that would be PM. From the regular ConservativeHome surveys of members Rishi Sunak remains just about top in terms of the likely contenders. In recent months, however, the most highly rated politician by the party membership is Liz Truss with Sunak just trailing.

Just about the only way that Keir Starmer can make it to the top job is for there to be a general election which sees the Tories losing their majority. This is very different from LAB achieving majority which as far as I can see looks very remote indeed. The total collapse of the party in Scotland has taken away LAB’s certain base in a part of the UK where until 2015 it used to hold 41 of the 59 seats.

Starmer has a good chance of making it to Number 10 as PM in a minority of coalition government if Boris loses 47 seat because it us hard to see which party would be happy supporting the Tories.