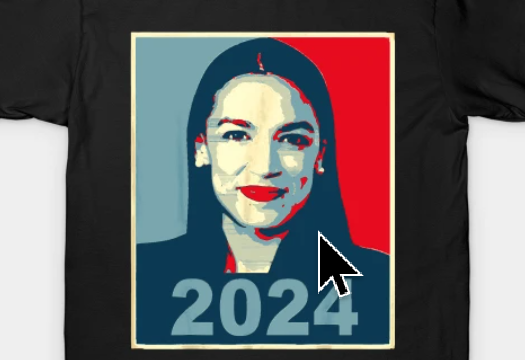 Joe Biden is 5/2 against to be the Democrats’ nominee for president in 2024. There has surely never been such long odds for a first-term elected president. Frankly, I think that’s huge value despite his age. Political leaders do not give up lightly and only got where they are because of tenacity and a considerable belief in themselves.

But let’s suppose that he doesn’t stand (not least because this can help as a kind of proof by contradiction). Who then gets the nod?

The favourite by a mile is Kamela Harris; indeed, at 2/1, she’s shorter odds than Biden. Clearly, if there’s a change of presidency mid-term, such odds would be justified but if not – if Biden serves through to 2025 but declines to seek a second term, I don’t think she’d be such a shoo-in. The Vice-presidency is certainly a powerful launchpad for a bid for the top of the ticket but not so strong as to be able to command the position by right.

But Harris made the same bid in 2019 as a sitting senator for the largest state in the Union and didn’t even make it to Iowa: her campaigning skills at the highest level remain unproven, though she acquitted herself effectively in the Vice-Presidential debate against Mike Pence.

Fourth favourite at 20/1 is Pete Buttigieg, now Transport Secretary, who mounted a more effective campaign in 2019/20 and presumably still has ambitions for higher office.

However, if Buttigieg, at 39, is unusually young to be so highly favoured, the third-favourite at 16/1 (and as short as 11/1 with some bookies) – Alexandria Ocasio-Cortez, still only 31 – is thoroughly extraordinary. For the record, she turns 35 in October 2024 so would be qualified for the presidency.

Until the 2010s, such a radical, inexperienced candidate would have been traditional also-ran fodder, of the kind who might pick up 1-2% throughout the primaries but still not concede. But last decade the rules changed. They changed globally, where any number of Western countries elected national or major party leaders from outside the mainstream or traditional paths to power, and they changed in America where Trump above all showed what was possible with a vocal, energised, radical base.

And not just Trump. Hillary and Biden might have been entirely traditional candidates but both were pushed hard by Bernie Sanders, who came close to taking Hillary to a contested convention in 2016, and then, at 78 and despite having suffered a heart attack earlier in the campaign, led the 2020 primary campaign after the first three states. As primary and party voters value cerebral concerns less and emotional ones more, traditional criteria like experience become less important (though not unimportant).

Sanders will surely not run again. Even if he personally is fit enough to run – which itself must be doubtful – the scenario is just too hostile: how do you convince the public that the right man to replace a worn-out 82-year old is an 83 year-old? Someone else will have to carry the flag he’s flown these last two campaigns.

Why AOC? Good question. Momentum and profile as much as anything. Whether justified or not, she has the organic status of a leader of the awkward left (and unlike Sanders, is actually a Congressional Democrat). If Biden does stand down then there’s no reason for the left not to challenge the administration’s candidate/s – and given the history of these last two elections, I don’t think it’s at all inconceivable to think they might win with a favourable wind.

You might object that such a nomination would be handing the election to the Republicans and indeed, the bookies agree. AOC might only be 16/1 for the nomination but you can get 66/1 for her to win the general election. I agree too. But parties elect leaders and standard-bearers for many reasons and in any case, conventional wisdom isn’t always right about their electability (though usually, it is).

That said, I don’t think there’s any value in either of those odds. The path she’d need to take is obvious enough and credible but not only are there plenty of obstacles on it, simply getting to the starting line is conditional on things outside her control. And that’s assuming she’d want to stand or that nothing happens in the meantime to rule her out.

And this returns us to one of the points at the start. If she – or some other candidate capable of uniting the Sanders vote – is able to win the nomination only to hand the election to the GOP, why would Biden stand down unless his health means that he too would be too weak a candidate? That 5/2 for the nomination and 5/1 to be re-elected look very tasty.