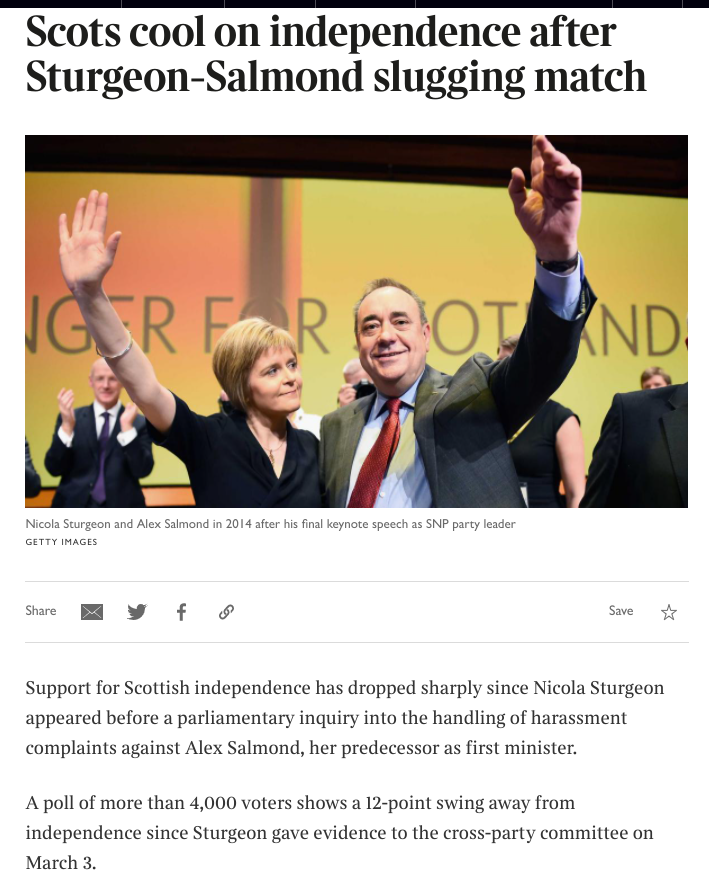 I do not think that I am generally very pedantic but there is one issue that really gets under my skin and that is the incorrect use of the term “swing”.

A classic came yesterday in the Sunday Times when a 56-44 Scottish polling lead for independence moved to a 50-50 split. As can be seen in the panel above the Sunday Times described this a a 12% swing. It wasn’t.

What you do when comparing poll or a previous election result is to add the changes in one “vote” to the change in the other vote and then divide by two. So what was described here was actually a 6% swing.

This has been the way British politics have been described since David Butler first coined the approach in an analysis GE1945 and one that is generally understood – but not apparently with the coverage of this latest Scottish pollling.