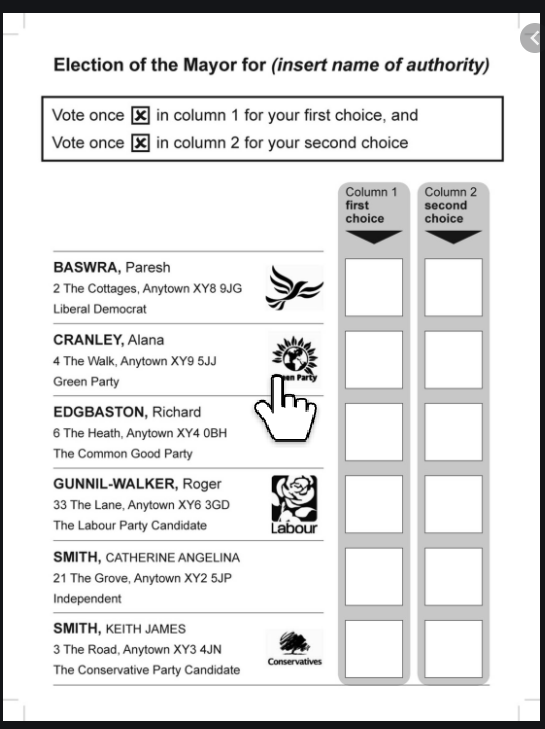 It’s the only system that genuinely makes valid votes worthless

The only exciting thing about the London mayoral election result this year is likely to be whether Sadiq Khan wins on the first vote or is forced into second preferences. He will not be close by Shaun Bailey or any of the many other candidates but may miss out on the 50% share needed to secure a first-preference win.

That he might need a second round at all is because of the abomination of an electoral system used, Supplementary Vote (SV), which manages to combine the worst features of FPTP with some extra ones all of its own.

He might also be among the last candidates ever to need such second preferences. The government, under the enlightened hand of Priti Patel, pledged this week to replace SV with FPTP for future mayoral and PCC elections. It would be a rare case of a step backwards also being a step forwards.

Why so? Unlike AV, used in single-vacancy Scottish council elections and by-elections to the House of Lords – where voters rank candidates in preference order, SV only allows voters to give preferences to two candidates. This means they have to guess which the two candidates will be in the final round.

Such guesswork is not always easy and, ironically, is most difficult when it matters most: when there are a large number of votes to be redistributed among two closely-matched candidates. Any voter who gives both preferences to candidates knocked out in the first round therefore becomes genuinely worthless – it is literally not counted.

How often does that happen? Well, that tends to depend how many candidates there are. In the nine elections since the system was introduced in 2000 where there were only three candidates and none won outright on first preferences, only 72.6% of votes were transferable. Given that in these elections, only one candidate was eliminated in the first round and all his or her voters’ second preferences must have been for candidates still in, this gives a decent baseline for how many people only give a single preference.

However, increase the number of candidates and the wastage increases. With four candidates, only 58.6% of transferable votes are actually reallocated; that drops to 41.3% with five candidates, 39.6% with six and 35.7% with seven.

In reality, all SV does is replace FPTP with 2PTP. Every incentive to vote tactically with FPTP exists with SV. Want to stop a candidate? Vote tactically to try to stop them reaching the run-off. Worried about your preferred realistic winner not reaching the run-off? Pre-distribute it by giving them your first preference. The guesswork is almost identical, with the added jeopardy of the vote falling off the tally altogether (arguably, this isn’t entirely true – it would still be counted in the first round but it would be written off in the round that mattered).

The irony is that all this extra complication, and all that democratic wastage, makes almost no difference. Of the 165 SV elections there’ve been, only fourteen saw a candidate come from second to win and in all eight elections of those where there were five or more candidates – plus one with four – fewer than half the available votes were redistributed, which has to cast doubt on whether the result really reflected the electorate’s forced-choice preference anyway.

Is the government right to propose a switch to FPTP? It is consistent with Tory policy – the party backed the system at the 2011 election – and FPTP has at least three advantages over SV: simplicity, familiarity and equality (in the sense that all votes do at least count).

The elephant trap the Tories are laying here (other than distracting political types with a trivial reform, and away from the government’s emasculation of parliament, the courts and freedom of speech), is that the dislike for FPTP of many on the centre-left is such that they end up backing SV by default in kneejerk opposition to the change. That would be a mistake: it is simply not worth investing political capital in that fight. Better to let SV die an un-mourned death, advocate a change instead to AV (which might pass in the Lords but won’t get through the Commons), and then concentrate on more important matters.