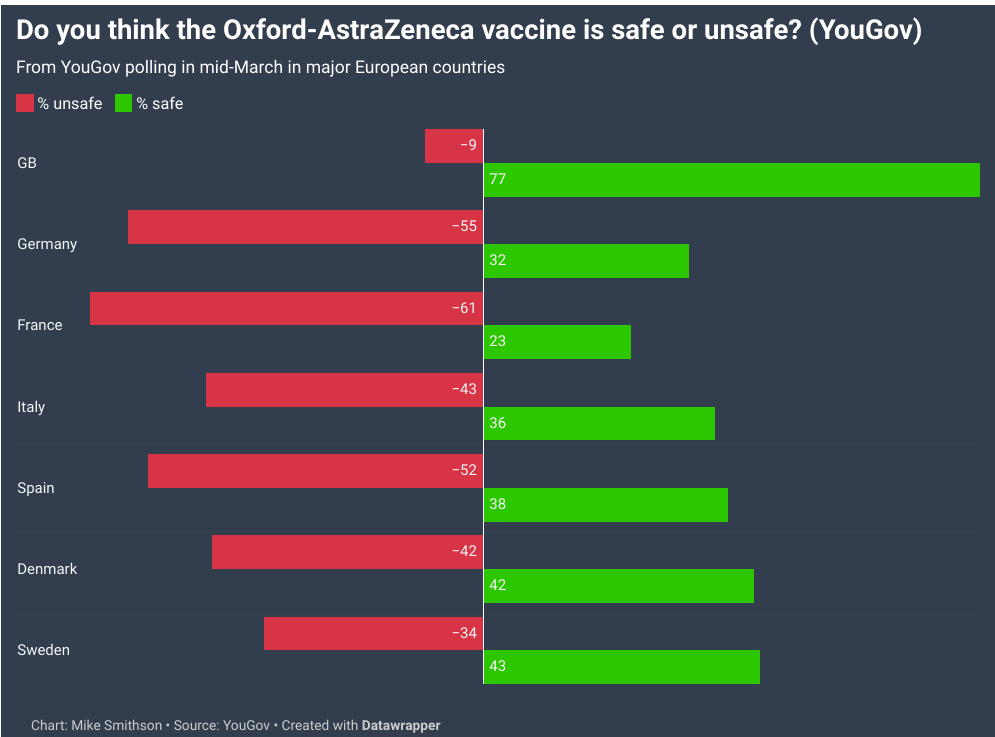 The above is from a range of polls that YouGov has been carrying out across Europe on how the AstraZeneca vaccine is perceived by the public in the major countries featured.

It is perhaps not surprising given the comments made by Macron and Merkel that the most negative perceptions are in their countries.

Maybe it is a bit of the not invented here syndrome but the perception gap is massive and not helped by the regular reports of almost empty vaccination centres across Europe. Maybe as well it is a reflection of how the post-BREXIT UK is perceived by its near neighbours.

This comes as supplies to the UK become a bigger issue as ministers first have to provide enough jabs for those waiting for their second injection and of course seek to extend vaccination to all adults in the UK.

Today is exactly a year after lockdown started and seventeen years since this website was launched. In order to keep it going we are launching another appeal.