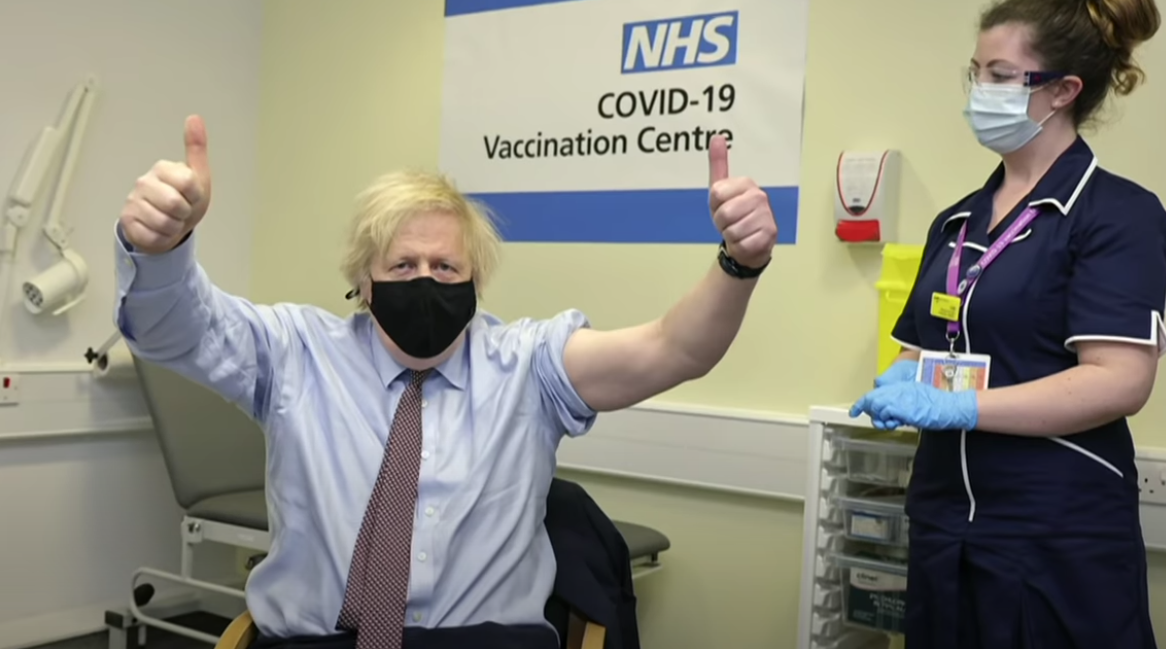 There have been many different groups involved in this effort – most of them not politicians – but doctors, scientists, nurses, volunteers of all types, Kate Bingham’s team, the lawyers drafting the contracts, the pharmaceutical companies, NHS administrators and doubtless many many others. But credit is also due to the politicians who ensured that it could and did happen – and more easily than otherwise – and who got some key judgment calls right. Sometimes the most important step a leader can take is to give others the space, support and money to do their jobs – and to bang a few heads together when needed. And, when difficulties arise, not get annoyed but find a practical solution (EU Commission please note).

Has there also been the understanding that this need not be just a response to the Covid crisis but the foundation for a real boost to Britain’s science, medical, pharmaceutical and legal sectors, amongst others? There are signs of this.

So now is the time to reinforce and build on what has been achieved so far. Judging by its words, the government agrees. It has declared its intention to make Britain a “science superpower”. Science is at the heart of its new defence strategy, as outlined in its recent paper. It is a matter of “competitive” and “strategic” advantage. It has declared its intention to create an Advanced Research and Invention Agency (ARIA). It wants to raise investment into R&D above the dismal 1.7% it has been for decades to the average OECD level of 2.4%. (Even this will hardly give it an advantage when states like Korea invest nearly double that.) It has pledged to increase the budget for U.K. Research and Innovation from £9.1 billion to £24 billion by 2024.

There is something quite Boris-like in all this: a grand projet – ambitious, visionary even, certainly expensive. (It is reminiscent of Wilson’s “white heat of the technological revolution” – in reality, less white heat, more white elephants). If it comes off it could really amount to a worthwhile legacy – not a monument to admire but long-term investment in talents and skills with beneficial consequences for many. Bioscience not bridges, Boris.

Far better to have a country which takes science and its uses seriously than the fearful controlling biosecurity state the government seems to want to create. An opportunity there for the opposition parties, one which the Lib Dems seem to want to embrace, while Starmer equivocates, in many carefully crafted but unmemorable sentences, much as he did over Brexit.

But there is the risk that, for all the fine words and brio, it never amounts to anything but ideas on paper and too little spent, much of it ineffectively. Why, for instance, is the government choosing now to propose cutting £2 billion from the public research budget, in addition to £120 million lost as a result of cuts to the foreign aid budget? Is it wise to divert £2 billion from the science budget to pay for participation in the EU’s Horizon programme without cast-iron guarantees that it will have full access? Is this in any case a sensible use of this money?

Britain could, as it has so often done with its achievements, spend the next few years congratulating itself on its successful vaccination programme, looking back at it as Covid’s finest hour etc while in reality neglecting to use it as a launchpad for effective development of its innovations and watching others take advantage. A tendency to rest on its laurels rather than think about how to do better is never far from the surface. As is a short-term focus, a desire to count the pennies, spending just enough to get an idea started but never enough for its successful execution. Or selling out at the first opportunity. It is a criticism which has often been made of the private sector but could as easily be levelled at government.

Will this time be different?