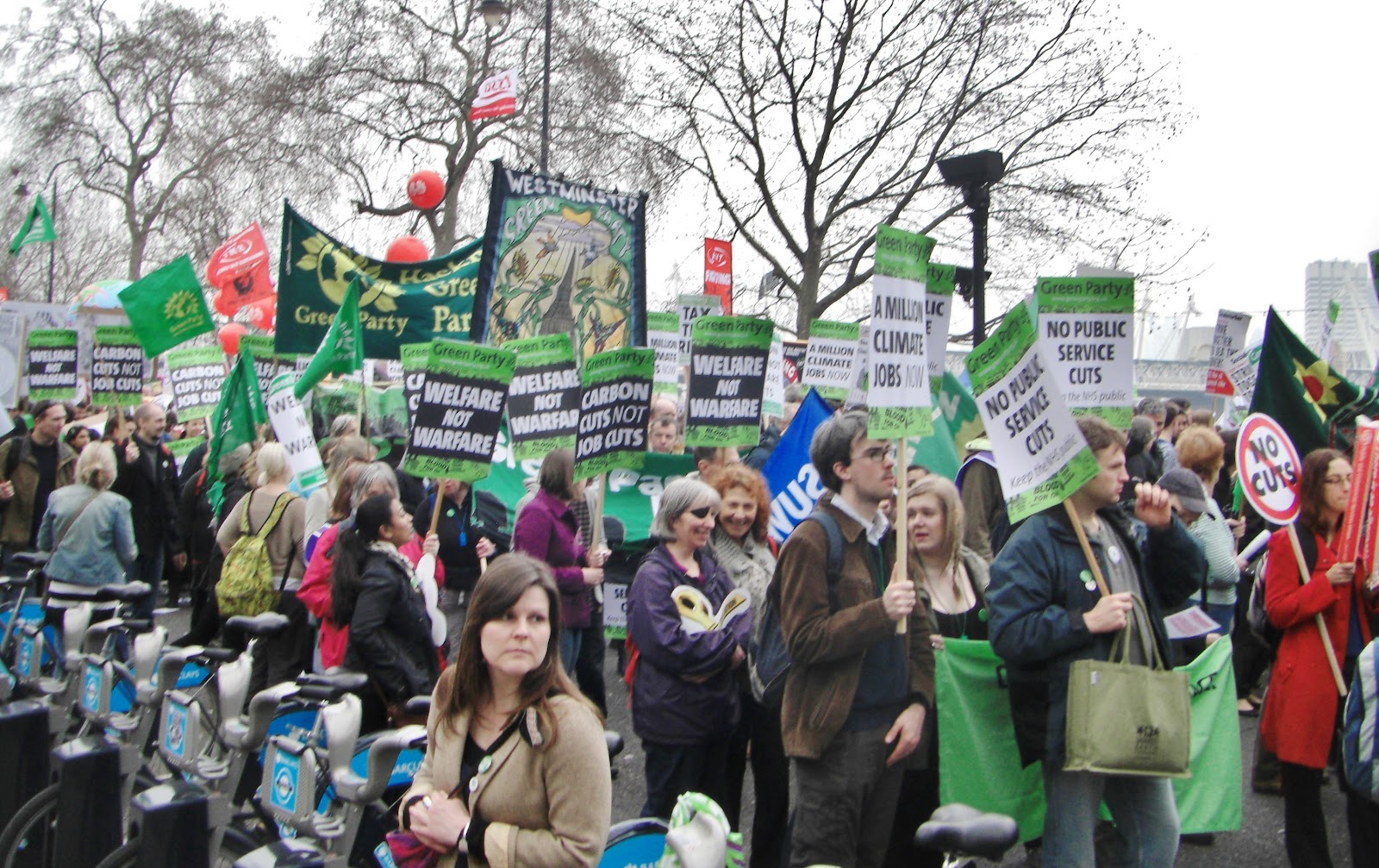 Remember the Climate Emergency? It turns out it wasn’t quite the emergency activists claimed, once a genuine emergency arrived. To be clear, this isn’t to say that Global Heating isn’t a problem in many, and very serious, ways; it is to say that it’s not “a sudden state of danger requiring immediate action”: the definition in my desk dictionary. The crucial words there being ‘sudden’ and ‘immediate’. Covid has meant that climate policy responses have had to take a back seat for the time being and despite that, the world will not burn as a result.

All the same, the issue most certainly hasn’t gone away either which is why it’s worth looking at the prospects for the Greens – a party which from time to time looks as if it might break through and, so far, never has.

Part of that is because of the Greens’ very ambivalent attitude to even being a political party. You get the impression that their emotional draw to being a movement operating on, rather than within, the system is in constant conflict with their awareness that winning votes is a powerful force in its own right, as is having a place in the debate. Even so, their willingness to unilaterally stand aside in favour of perceived allies or seek ‘progressive alliances’, or their inclination towards gesture politics and PR stunts speaks of that dichotomy.

To be fair, the Greens would no doubt argue that when the electoral system works so strongly against small parties, stunts and gestures are the best way of getting their message across and perhaps that’s true. On the other hand, refusing to play by normal public expectations by, for example, not providing the public and media with a single leader is simply handicapping their cause.

And theirs is a cause which, in truth, ought to be doing better. They have a global, pressing issue that plays to their core message – if one that’s been eclipsed for the time being – and it ought to be possible to peel voters from both Labour and the Lib Dems. Remember that in the summer of 2019, after the Euro-elections, the Greens were routinely polling in high single figures at a time when the Lib Dems were in the high teens or low twenties. Against the less-than-dynamic leaderships of both Starmer and Davey, you’d think there’d be some opportunities.

And there are. 2021 has scheduled three predictable openings for the Greens to exploit (beyond – hopefully – the end of the Covid Crisis, at least in the UK, as vaccines enable life to get back to something like normal). None is, of itself, a gamechanger but each is at least a chance for a party which gets precious little airtime.

The first, this next month, is the London mayoral election. London is one of the stronger areas for the Greens and both the SV system and the clear lead that Sadiq Khan holds means that there’s little incentive for Green-inclined voters to vote tactically; they can give their first preference to Sian Berry without risking an outcome they’d be appalled by. After finishing third and holding their deposit in 2016 (the only party other than Labour and the Tories to do so), polling in high single figures this time and standing their joint-leader as candidate they can credibly demand as much media coverage as any non-Con/Lab party – though they still need to put on a campaign worth covering. But with the national media mostly based in London and with large parts of it thoroughly bought into the Climate Emergency argument, a sympathetic hearing and available platform shouldn’t be that hard to come by.

Secondly, abroad but with wider significance, is the German election in September. There, the Greens are polling a strong second – in the low-20s at the moment – and within touching distance of the CDU/CSU following the Union losing around a quarter of its support in the last two months i.e. the period coinciding with the third Covid wave and problems with the European vaccine programs. That should be enough for the German Greens to command a place in the federal government, perhaps even leading it. It’s hard to see how the numbers can stack up to anything else with AfD persona non grata, and the SPD almost certainly wanting out of government. If – and there’s obviously a lot of uncertainty here – they can maintain or even improve their current position, I’d expect media interest asking whether something similar could happen here.

Then, in early November, the UK will host the UN Climate Change Conference (or COP26 as it’s snappily known). Whatever the state of Covid globally, this will surely be given considerable coverage by the TV media and the centre/centre-left quality print media. If the Greens can’t build some political narrative in their own favour around that event, they never will.

And they may not. The Greens rarely miss an opportunity to miss an opportunity because like many on the political fringes, they are more comfortable talking to themselves than engaging with (rather than at) those who don’t agree – especially when they feel the tide is flowing in their direction, so apparently vindicating their previous actions; a mindset which plays back to the ambivalence mentioned earlier as to whether they should even be a political party in the sense that the others are. I fully expect them to do so again and, in the process, miss out on their best chance to at least put themselves alongside the Lib Dems in a 2+2 party system in England, and watch someone else steal their more attractive clothes.

Help support PB and keep it free of ads