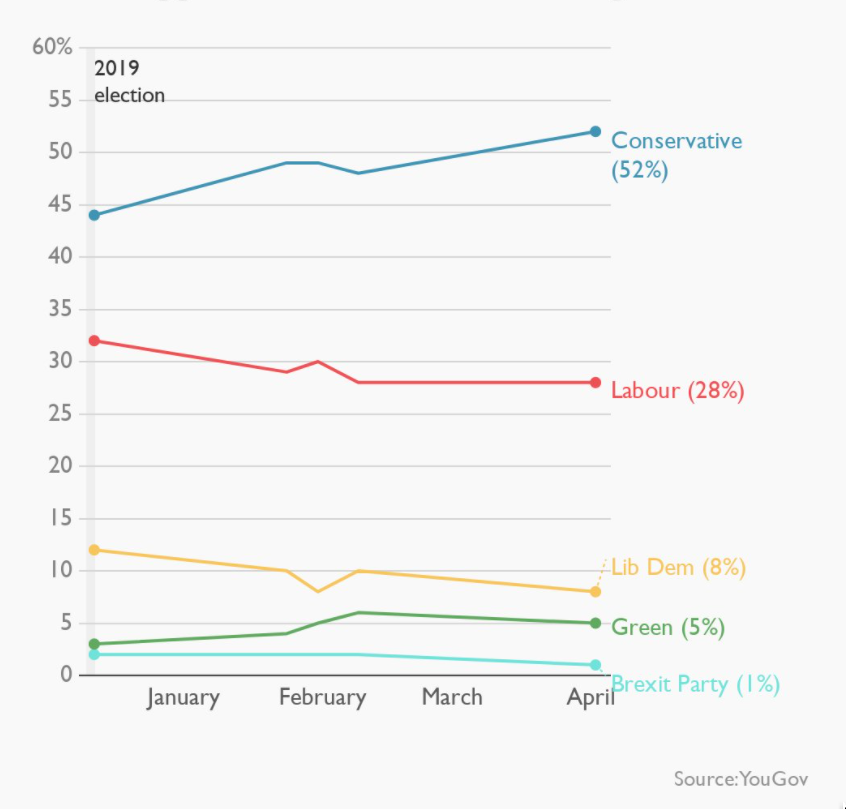 Thanks to John Rentoul for Tweeting the above poll data from April 3rd 2020. As can be seen the immediate polling reaction to the start of lockdown was to get behind the government and the Prime Minister.

You could easily argue that over the past year there has been a CON-LAB swing of nearly 10% but that simply ignores the strange times in which we live.

This huge lead tapered off in the following weeks a bit but it was the revelations at the end of May about the Cummings lockdown-busting drive to Barnard Castle and Boris standing by his man that caused the next significant movement.

This period continues to be without precedent and there is much more focus on PM and his every word than is normal. After all what he says and has a much bigger impact on all of our lives than just about anything a PM can announce in “normal times”.

He can decide that he’s making a statement at any time and the TV networks adjust their schedules and he gets huge audiences. The opposition leader whoever he/she is totally overshadowed.

The next general election is not for three years and it is hard to envisage it being any earlier though there will be the inevitable speculation.