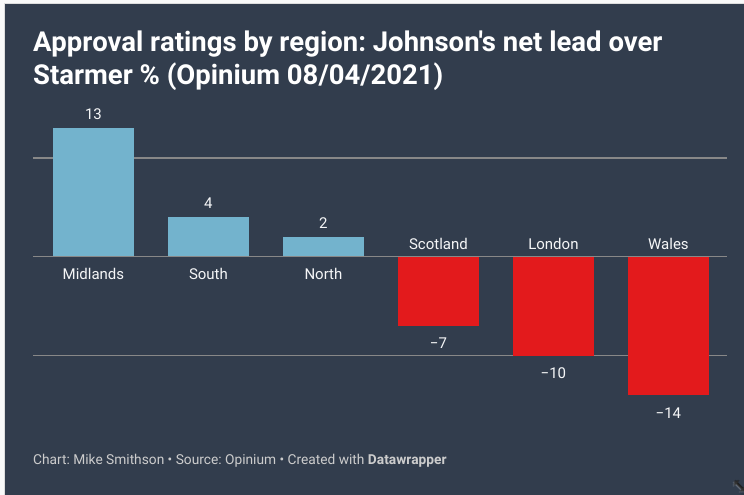 The above chart has been prepared from the latest Opinium poll which came out for the Observer this evening. Rather than look at the voting numbers which show the Tories with an overall 9% lead what I am focusing on here is how the approval ratings for the two men match up region by region.

As can be seen Boris is doing well getting better net figures than Starmer in most of England outside of London but the Labour leader has clear margins in Scotland, Wales and London.

This could be a good pointer to the important May 6th elections three and a half weeks away.

Regulars will know that I attach a fair degree of importance to readings like this from a pollster that reports at least twice a month and always has approval ratings in the same way.