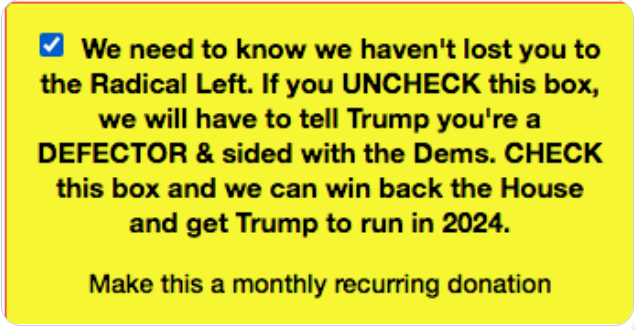 Last week there was a big report in the New York Times about some of the high-pressure fundraising tactics of the Trump campaign. A feature that got special attention was that many donors who thought they had made one-off donations in the run up to WH2020 suddenly found that this had been deemed to be a weekly donation and money was being sucked out of their banks every 7-days. In many cases this had led to hardship.

Apparently it was very difficult to find the online tick box to state that this was a one off.

There is no imminent election now but Trump-backing Republicans are continuing to deploy high pressure trying so solicit monthly donations. The panel above was the end of a sequence of messages as below. 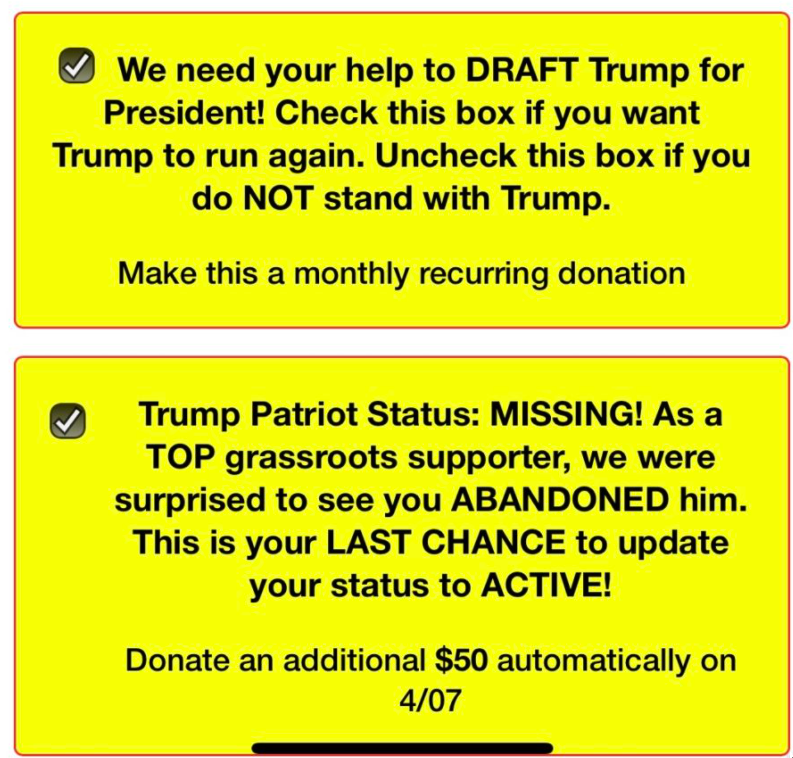 More can be found in this excellent article by Tim Miller.

Trump himself, of course, is no stranger to questionable tactics in getting money out of people. What happened with the Trump University has been well chronicled.

I wonder whether we might see similar tactics in the UK.