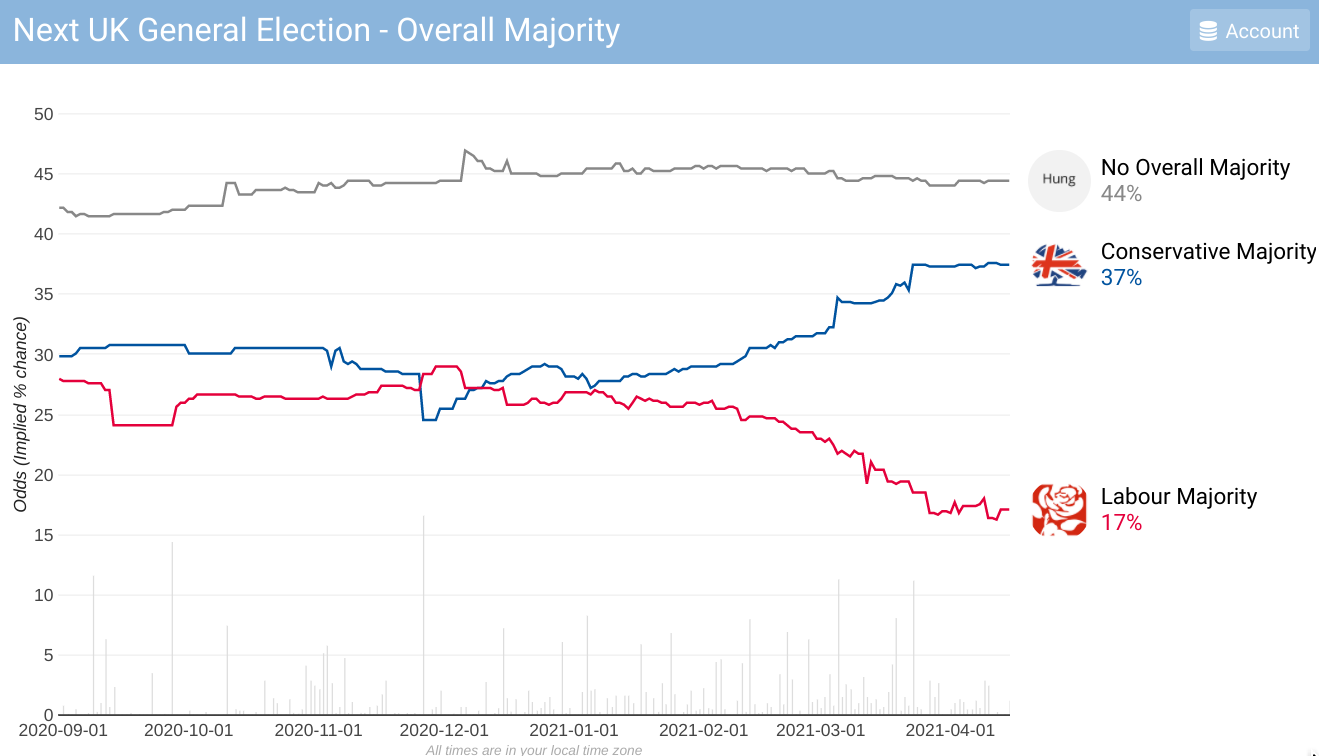 Above is the latest Betdata.io betting chart of Betfair’s next General Election overall majority market and as can be seen another Tory majority is rated as just a 37% chance behind a hung parliament.

Part of this maybe because of the way the market is defined. A CON majority for this purpose requires the Tory seat total to be more than 50% of the total number of MPs. That means 326 or above. This for betting purposes ignores the fact that Sinn Fein MPs don’t take up their seats which effectively means that 318 should suffice for majority control.

Given the Tories took 365 of the seats at GE2019 the betting expectation is that they will lose 39 or more.

One thing when looking at polls is that in just about every survey since Johnson got his big victory the CON vote lead has been lower than the 11.7% of last time. So a national vote lead of 7% would mean a CON to LAB swing of 2.35% and theoretically at least the party could lose a 23 seats. This table from Election Polling shows Labour’s top 30 targets. 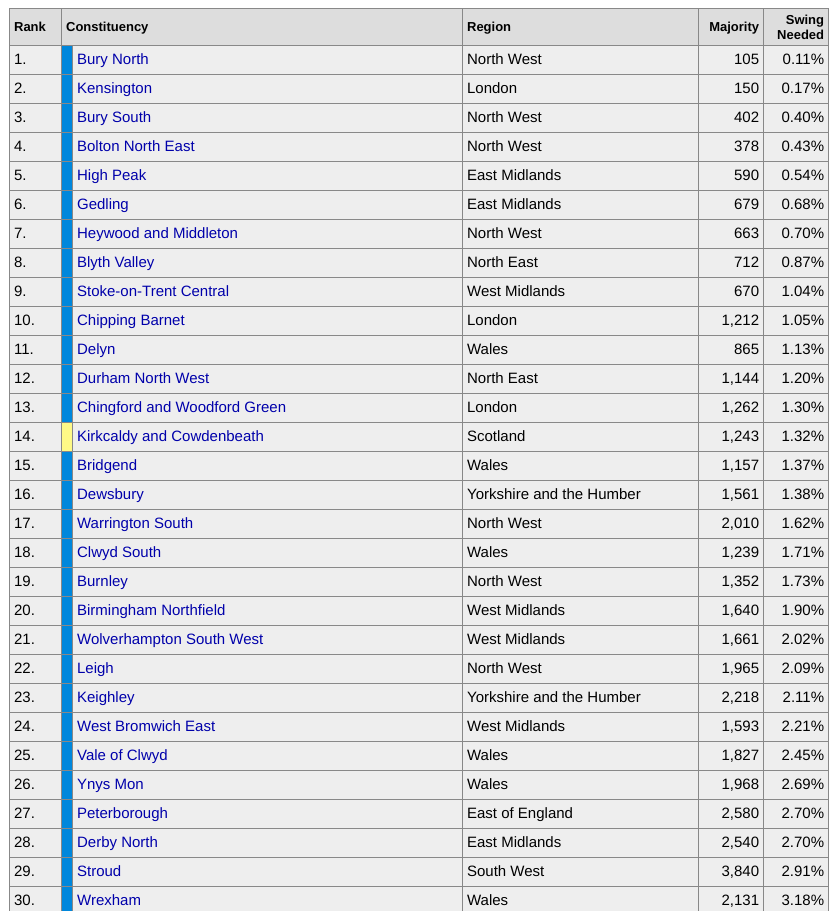 There are also five current CON seats where the party has a majority of less than 1% over the LDs – Wimbledon, Carshalton, Cheltenham, Winchester and Cheadle – all of which look very vulnerable and where Davey’s party has been working very hard. Remember GE2019 showed an inverse correlation between LD seat numbers and overall national vote shares.

Of course the boundaries are being reviewed and but the overall number of seats is staying the same.

My view is that the betting market have this about right for the Tories but totally wrong for LAB. A Starmer majority is much more remote than a 17% chance.