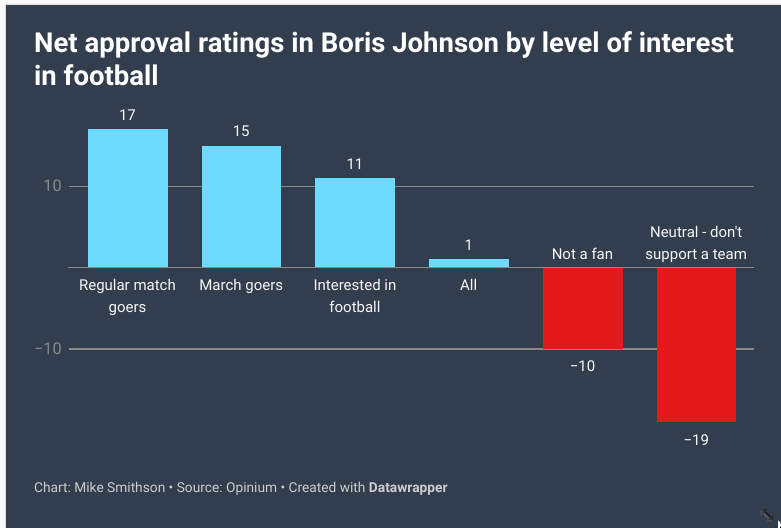 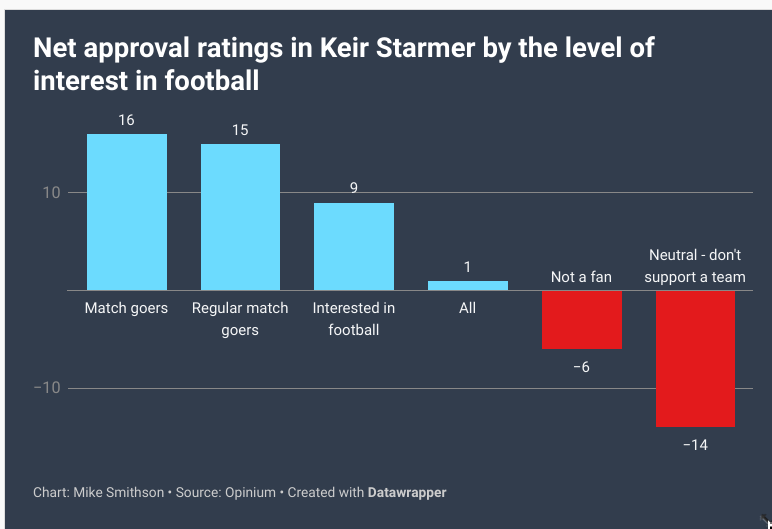 One of the reasons why Opinium is my favourite poster is because of the extensive way the firm presents its data and allows you to look at responses to one question and how it affected other responses.

Last week’s big news was about the super league leading to Opinium including questions about this in its latest poll including one that tested the sample’s interest in football. So because of the extensiveness of the dataset, we can do comparisons on the political views expressed.

The latest approval ratings from the firm had both Starmer and Johnson with net ratings of plus one and as can be seen from the charts there is the same pattern when looking at these subsets in their views of the PM and opposition leader.

What is striking is how similar the two charts are and how those with an interest in football appear to be more enthusiastic about the two leaders than the sample as a whole. Quite why this is the case is hard to say.

Starmer is known to be an Arsenal fan and I’m not sure whether Johnson has ever expressed a preference. At least he is not like Cameron who claimed at different times to be a supporter of Aston Villa and West Ham – two teams who both play in claret and blue.