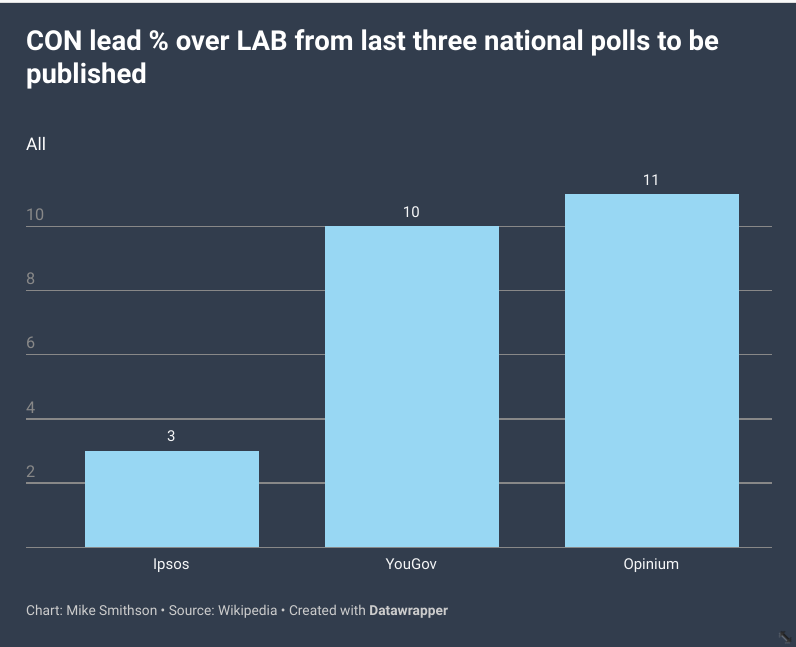 Over the past three days three separate national polls have been published. All of them show the Tory lead less than the general election but that is about as far as it goes.

YouGov and Opinium are both online while Ipsos is carried out by phone.

All three pollsters are very well established in the UK with records going back over several elections and each of them have regular media partners.

Make of this what you wish. The outcomes if repeated at a general election range from Johnson holding onto a significant working majority to his party losing its majority. In that situation, you could see Starmer becoming PM. It is hard to see the Tories being able to rely on the DUP as happened after GE2017.