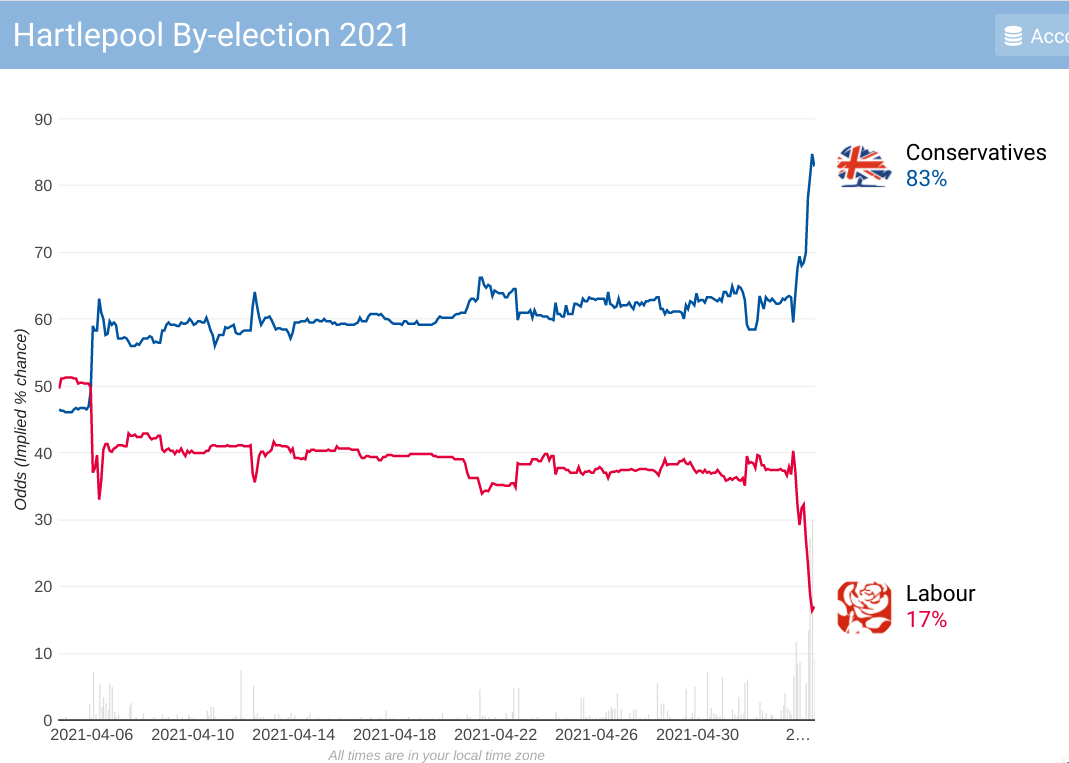 If punters have got this right then the Tories are heading for a sensational victory in the Hartlepool by-election on Thursday. The big driver today has been the second Survation constituency poll on Hartlepool showing an even wider gap than was reported four weeks ago. Then the Tories had a 7% lead. In the latest small sample poll, which was carried out from April 23rd to 29th, that is now 17%.

Inevitably this has impacted on the betting markets. I got out of my LAB position last night because the way the betting was moving suggested that something was happening.

It would be a huge shock if Survation had this wrong. As I have said repeatedly it is a brave pollster who carries out single-seat polls because of the huge challenge in getting a representative samples on the phone.

If this is the outcome it will be a major blow to Starmer fighting his first election as LAB leader. He must be hoping that his party’s performance in the other elections taking place this week are better and offset partly the negative concoctions.