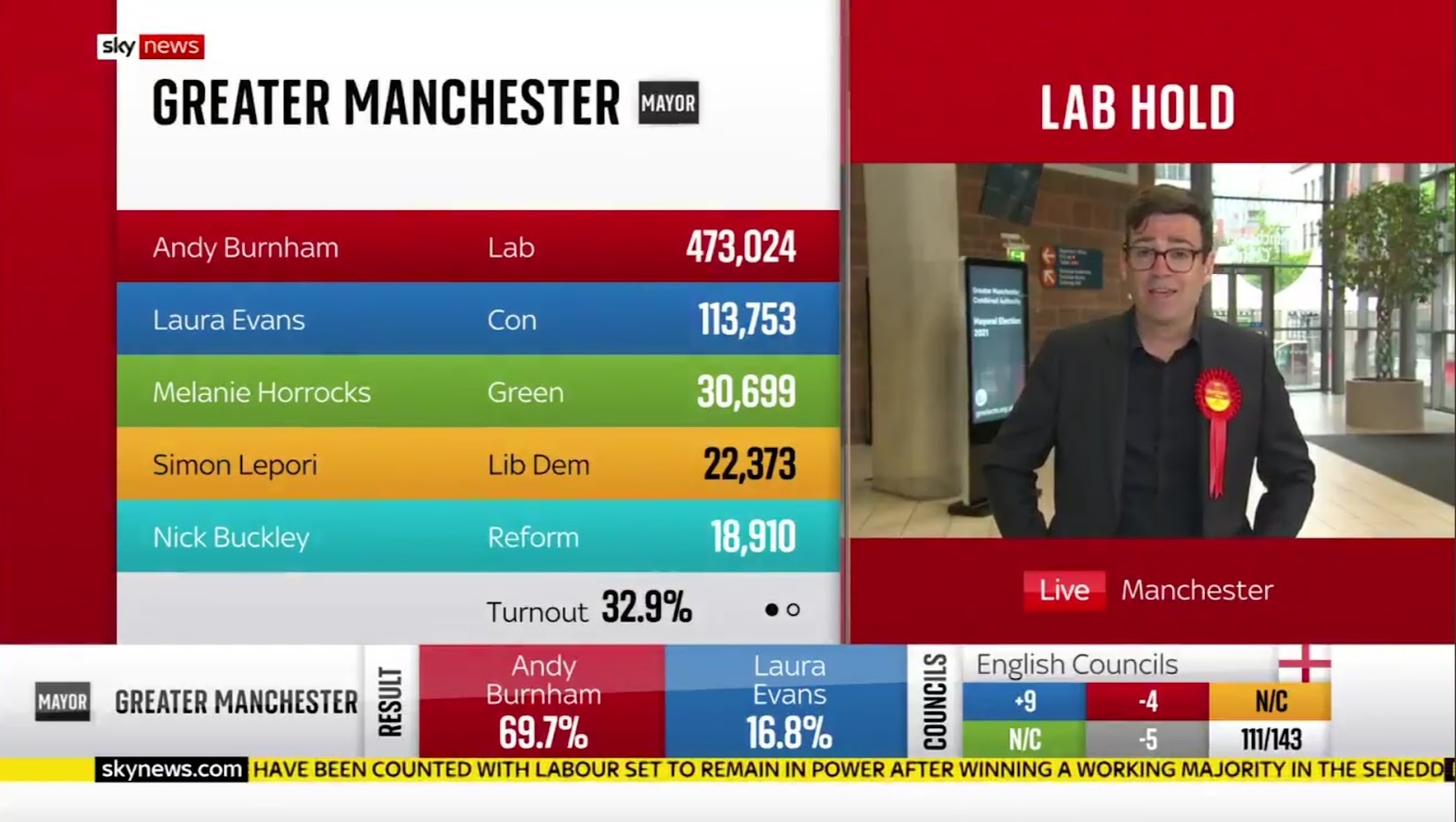 Burnham’s margin over the Tory is incredible

Nobody can argue that the local elections that have taken place this week have been anything but poor for the official opposition. Labour has done badly and no doubt this will renew speculation about the future for Keir Starmer who only became leader thirteen months ago.

By far the biggest success story for the party has been from former failed LAB leadership contender and shadow minister, Andy Burnham, who beat the Tory to retain the Greater Manchester mayoralty by 69.7% to 16.8%. That’s a majority of 51.1%.

Although he’s not now an MP Burnham has extended his lead in the betting to succeed Starmer. Maybe he could follow the Boris route who stood down as an MP to fight for the London mayoralty and then returned. Burnham was quizzed on this and managed to deflect it well without ruling it out.

One thing that has been very apparent from the results is that there was a huge divide between the big cities where the Tories have struggled to make progress. In Newcastle, Liverpool, and Manchester there isn’t a single Tory councillor which compares strikingly with the medium-sized towns where the Tories have flourished.

The other thing about the Greater Manchester result is that It highlights what could be the big pointer from Thursday selections and that is the rise of the Greens who have made enormous progress in many different types of area.