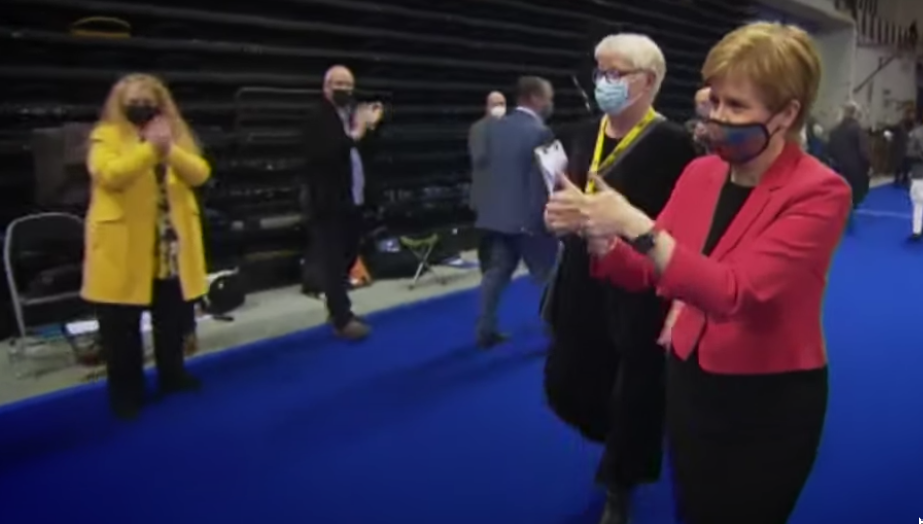 Unionists should learn the lessons of Brexit: vote on a deal, not a concept

Goodbye separation trauma; hello separation trauma. After this week’s elections, Holyrood will again have a pro-Independence majority meaning the constitutional arguments of the last decade will not only continue but intensify. While the SNP look unlikely to win an overall majority, the Greens should see them over the line. Cue demands for a second referendum such as we have never heard for months.

In truth, the SNP’s mandate is already looking a bit weaker than they might have liked. Ideally, they’d have wanted a triple mandate, with pro-independence majorities in MSPs, the list vote and the constituency vote. At the moment, they might come up short in at least one of the vote measures. Still, MSPs will be what counts most because that’s what will drive the politics.

How, then, does Boris Johnson respond to Sturgeon, newly returned as First Minister pressing ahead with legislation for a referendum that she can carry through Holyrood?

So far, Johnson has said he will simply block it. That the Scotland Act does not give the Scottish Parliament the power to alter its constitutional status or that of Scotland itself, and that if it needs the Supreme Court to rule on the matter, so be it. Of itself, that is a coherent plan; it’s just a bad one – not because the government would lose a Court case (though who knows?) but because it would lose the politics, as Sturgeon well knows.

Far better then to win the politics, which can only mean starting out by recognising the mandate and the right to a referendum. But it needn’t mean much more.

Where then though? Here is where Johnson should make his big call. He should offer to immediately open negotiations with the Scottish government on an independence treaty, the outcome of which would then be put to the Scottish people.

One critical lesson to be learned from both the 2014 Independence vote and, even more so given the outcome, the 2016 Brexit one was the difference between voting on a concept and voting on a specific implementation of it. What might sound lovely in theory or with rosy projections and wishful thinking from campaign teams doesn’t always sound so great when confronted with the harsh reality. And Unionists need to confront Scots with the harsh reality of what independence means, not as threats but as simple statements of fact. To do any less would be to run a referendum under false pretences.

This ties in to a very astute piece of advice Harold Wilson once offered* which, in summary, was “always write the first draft; they may mess it around later but something of your ideas will survive”. If you can set the terms and scope of the debate, you have a much better chance of winning it. The 2014 referendum was framed to a large extent around the Scottish Government’s ‘Scotland’s Future’. The Brexit talks were defined by the EU’s draft treaties. For the UK government to not only insist on negotiations before a vote, rather than after one, and for the Scottish Office to publish the draft treaty to serve as the basis for discussions, would put the SNP on the defensive – having to ask for concessions. If the UK government has had something about it, such a draft would be ready for publication now; I’m not holding my breath.

But if it is, what would be in it? Again, Brexit offers the template. Ideally, the Treaty should deal with as much as possible in as much detail as possible but key five areas spring to mind initially.

Britain has a comprehensive, deep internal market, where goods and services are freely tradeable throughout. If an independent Scotland wanted to retain that unfettered access, it would need to keep its domestic regulations in line with the English/Welsh ones to much the same extent as is logically necessary now. But without a voice in London, that means being a rule-taker and constantly having to align to prevent …

Alternatively, if Scotland did want to diverge more – and if it wanted to join the EU, it may have to – then that means a hard border, with all the disruption that would bring to trade and transport. The EU was quite clear about that in respect to Ireland and the same ‘integrity of the Single Market’ argument would apply. But even without EU membership, the remaining UK could require a border if there wasn’t a sufficient degree of alignment.

This was possibly the single biggest issue that sunk the 2014 vote. There is nothing that a remaining UK government could do to stop an independent Scotland using Sterling however it could make it clear that the Scottish government would have no input into the Bank of England’s decision-making, nor would the Bank take any account of Scotland’s economy when setting policy. Alternatively, the Treaty could set out a roadmap to a separate currency, with all the transactional costs that would bring.

Potentially a huge bone of contention. Some nationalists contend that an independent Scottish government could not be forced to accept any part of the UK’s current debt. Perhaps so. But the UK government could make it clear that it will not sign any treaty nor agree to a referendum unless it does. The amount it should take on is fair game for negotiation but the principle is not – again, as the UK ultimately had to accept with Brexit and its Budget commitments.

So much for the issues (and of course there are many others), but there is one other crucial point that Johnson should make clear in advance, which is that as authority to grant a referendum lies with the government he leads, so the legislation on what is a reserved matter of critical interest should be passed by Westminster – in a spirit of co-operation and collegiality and with as many details as possible determined by independent, impartial experts such as the Electoral Commission. So as to be fair to both sides.

In practice, what that means is not rigging the question. A Yes/No pair of options has an implicit bias in favour of Yes. People just like a positive answer more. Getting that changed in the Brexit campaign to Leave/Remain was an important technical factor that would ultimately deliver the win. Something neutral would be appropriate for Scotland too. Likewise, keeping the regulations governing other aspects of the vote to the experts means preventing the SNP from using their majority to tilt the field. While the Scottish government might rail against such ‘interference’, for Sturgeon to complain that the technicalities have been farmed out to technicians might be a hard sell, especially when her own government doesn’t have the best of records on due process. On the political question of 16-17 year-olds voting, Johnson should graciously offer the same franchise: the evidence from 2014 suggests the change made practically no difference anyway.

Unionists have been on the defensive too long. This is a battle that needs to be fought and that being so, they may as well do their best to ensure it takes place on ground, and in conditions, of their choosing.