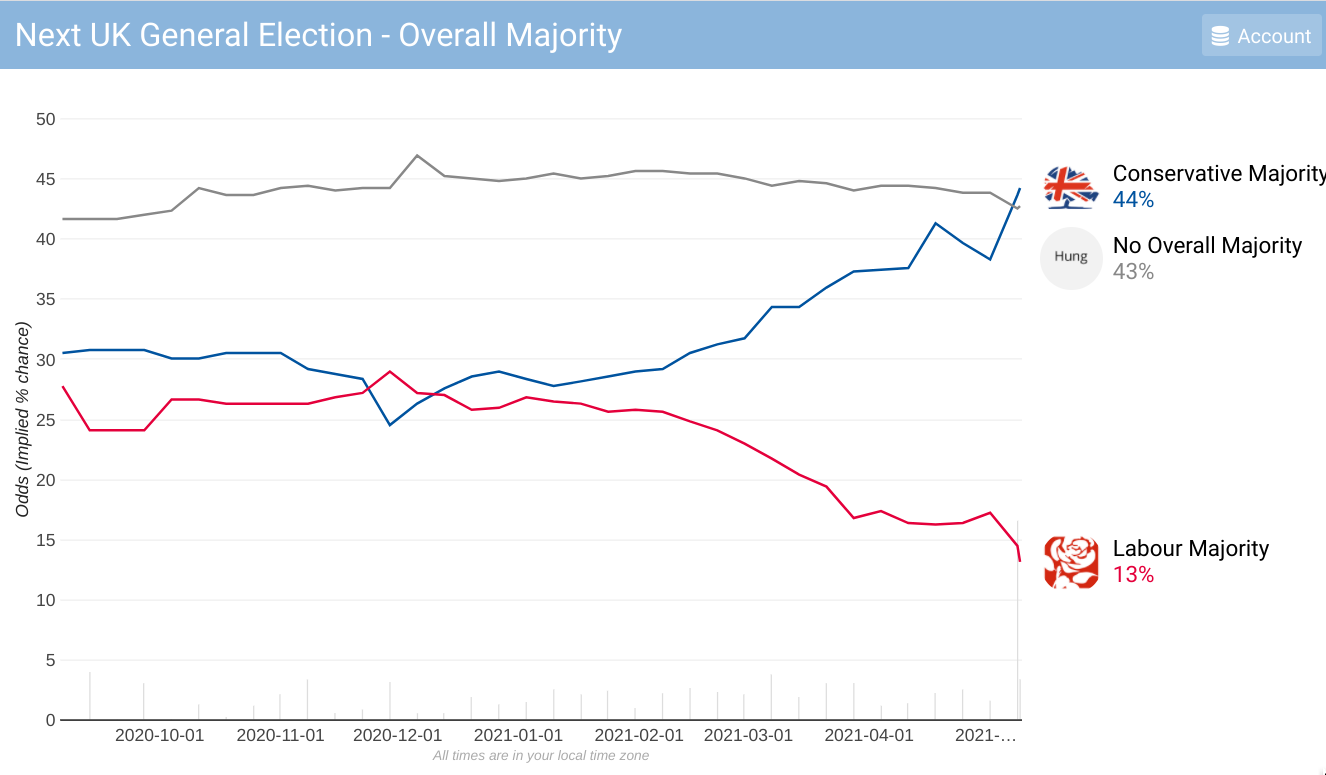 The impact of Hartlepool and the locals

In many ways it is quite extraordinary that for the first time since the general election in December 2019 the Conservatives are now betting favourite to win a majority next time. The betdata.io above shows how the mood on the betting markets has changed over the past year or so and now the money is going on the tour is doing it.

Even though the polls have been showing double-digit leads for the Tories it has been only with the successes of last Thursday that punters have felt confident that a second Tory majority government is likely. Even so the odds make it longer than evens. Maybe that will tighten after the Chesham and Amersham by-election defence which is likely before the holiday season starts.

This is based on the Betfair market where the rules state that a majority is achieved if the party wins 326 seats. The reality of course with Sinn Fein MPs continuing their boycott of Westminster is that the effective number of Tory MPs required for a majority is about 318.