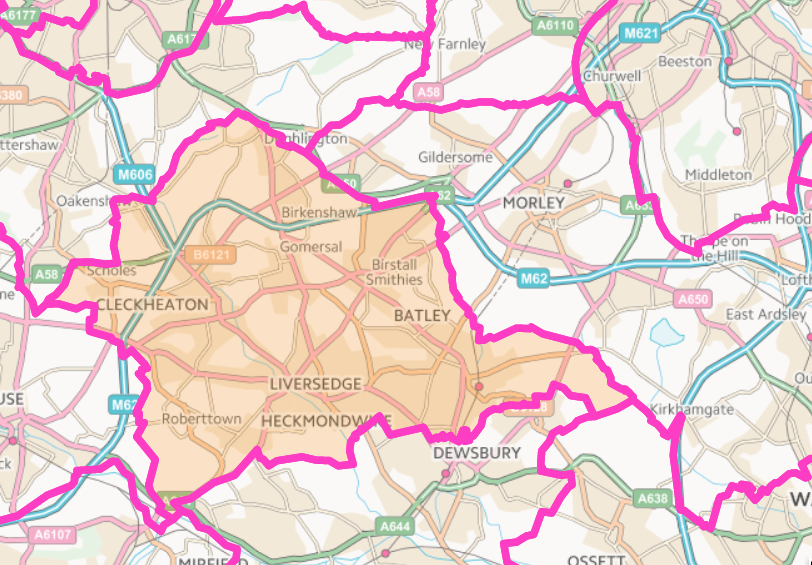 The Batley and Spen parliamentary constituency is the former seat of the Labour MP Jo Cox – who on 16 June 2016, died after being shot and stabbed multiple times in the street where she had been due to hold a surgery. In the ensuing by-election the main parties stood aside and Tracy Brabin retained the seat for LAB with an 86% vote share.

Brabin is now stepping down after her election last Thursday as the Mayor of West Yorkshire and so we have another Westminster by-election in the offing. This was the result at GE2019: 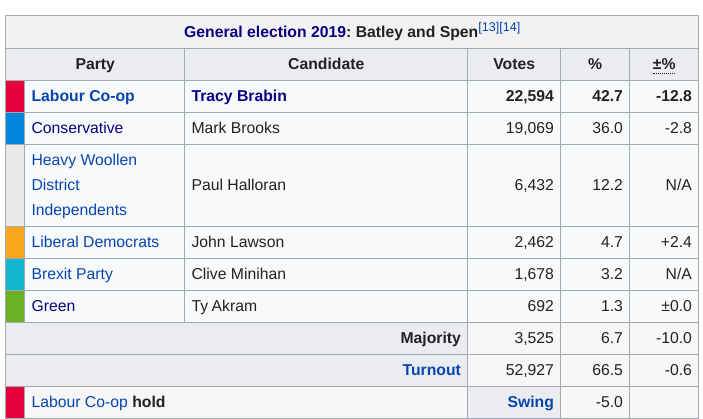 At GE2017 Brabin had a majority of 16.7% and in the 2016 referendum, the seat went Leave by about 60% which is somewhat short of the 70% that voted to leave the EU in the Hartlepool constituency. So it is a Leave seat but not quite as strong one.

Looking a the last result there it appears as though the Heavy Woollen District Independents took a lot of the previous LAB vote. The Brexit party got just 3.2% which compares with the near 26% share at GE2019 that it achieved in Hartlepool.

The Tories have held the seat before the last time being GE1992 when they had a majority over LAB of 2.3%.

My view is that this will be a very tight race with the choice of candidates being very important.