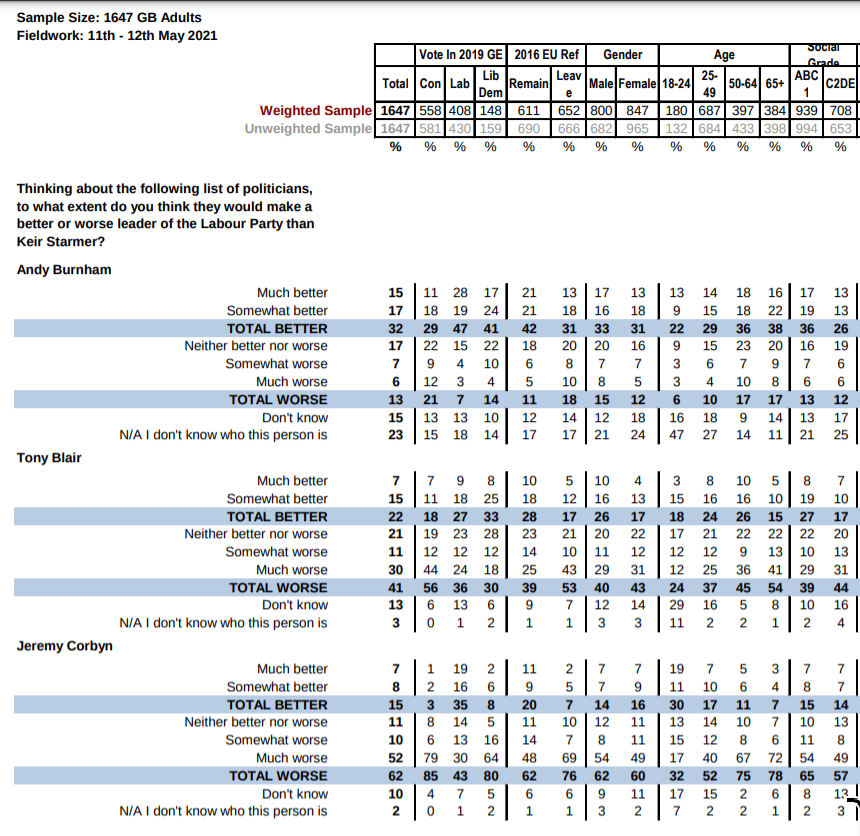 YouGov has just put out the above polling on Keir Starmer and seeks to rate him against Corbyn, Tony Blair and the Mayor of Greater Manchester and failed 2015 LAB leadership contender, Andy Burnham. Thus the latter was in the news a bit last weekend after his re-election in Manchester but a total of 38% either didn’t have a view or didn’t know who he was.

I generally dislike this sort of polling because the level of don’t knows is so high that it is hard that getting those polled to have a meaningful view to make comparisons.

Just look at the numbers in relation to Tony Blair – the most electorally successful party leader in modern times who stepped aside in 2007. The crossheads show that 11% of those in the 18-24 age segment don’t even know who he is. Given that he stepped down in 2007 this seems to me to be quite remarkable.

Starmer is undoubtedly going through a difficult period which is not helped by the government’s undoubted success with the vaccination programme. How long that will last we will have to wait and see. He’s been leader since April last years and hasn’t yet addressed a party conference or shaken the hands of a single voter. Things might or might not be very different when “normal” politics resumes.