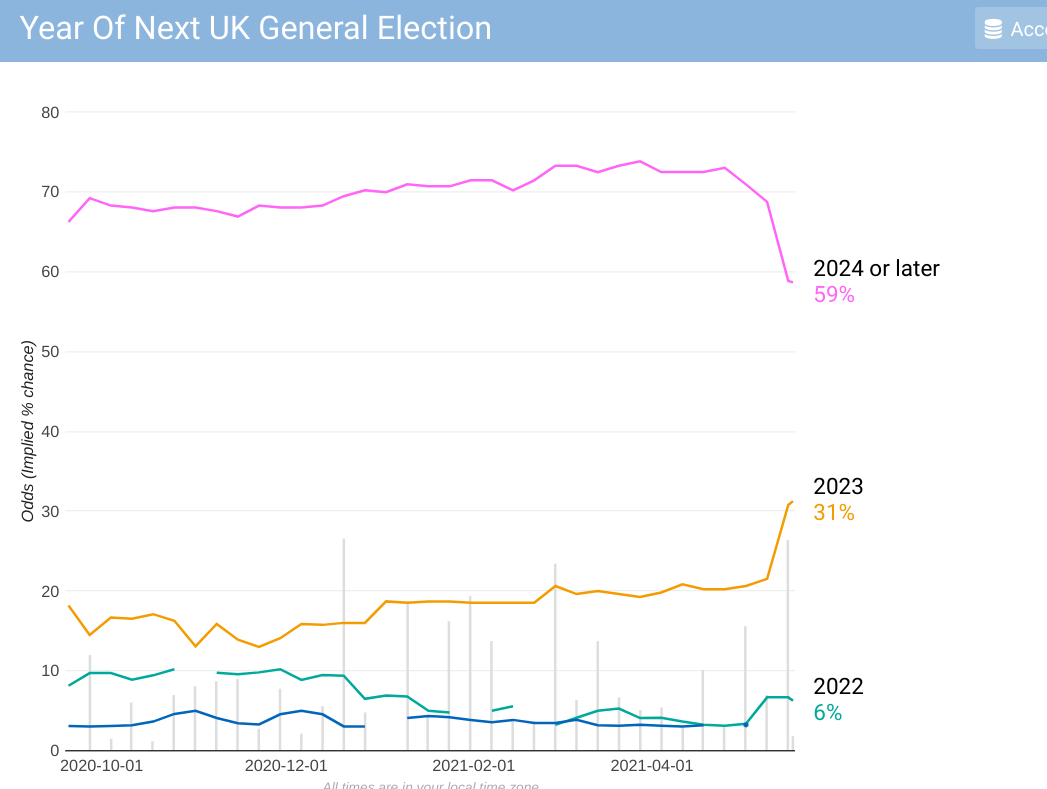 As can be seen from the betdata.io betting chart there has been something of a move to an earlier election. This is due to take place in 2024 at the latest and it could just be that Johnson might at any time cash in his popularity and go to the country earlier.

I am not convinced because we all know what happened to TMay in 2017. She had an enormous margin in the polls sonewhat in excess of what Johnson’s Tories have at the moment and she decided to go early. Alas by polling day her big lead had evaporated and the Tory majority won by Cameron two years earlier fell away.

I said at the time that the experience of June 2017 would put a mocker on future Tory PMs who might be tempted. Maybe I was wrong and Johnson might consider himslf to have so much more political potency than his predecessor that he woud take the risk.

The problem for incumbent governments during election campaigns is that the broadcast media has to be more objective during official campaign periods and things can get out of control. Tomorrow we celebrate the third anniversary of TMay’s GE2017 manifesto which within minutes of being published was being rubbished on social media for what was said to be the introduction of the dementia tax. TMay never recovered.

I still think May 2024 will be when the next general election takes place.