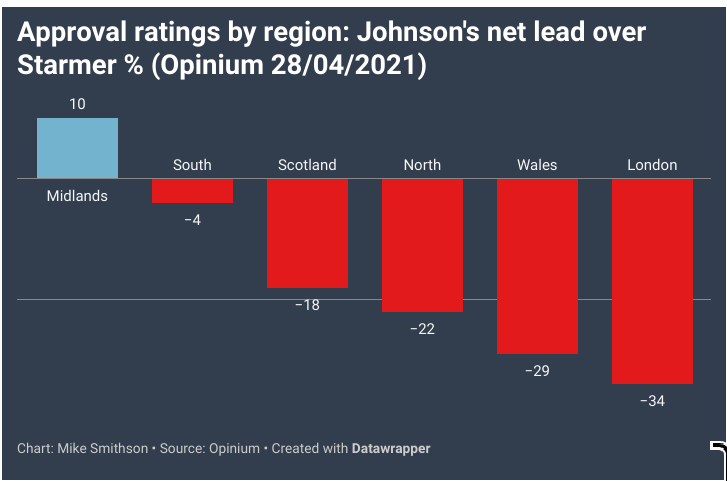 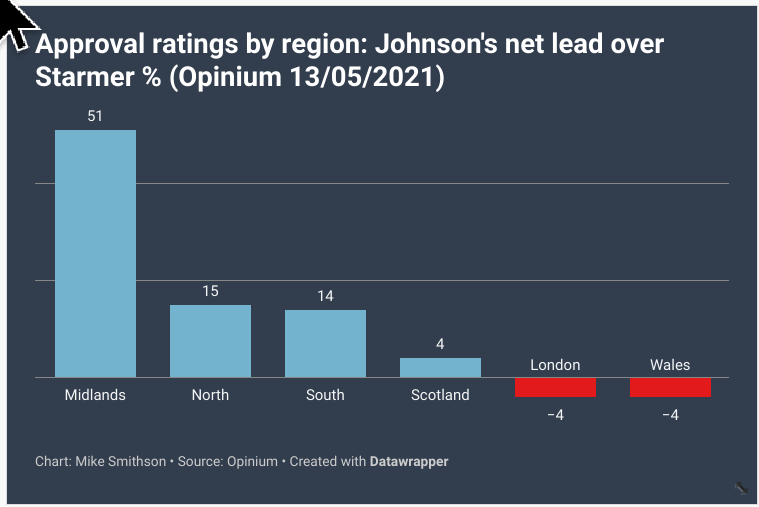 I find it very difficult to explain such a huge change within 2-weeks even though that period did include the May 6th local elections.

Certainly, all the media narrative following the elections was questioning Starmer’s position and Labour’s performance which was reinforced by the party’s loss of the Hartlepool Westminster by-election. But in the counts that took place on the Friday and Saturday some less good results for the Tories emerged particularly in Oxfordshire, Cambridgeshire, Hertfordshire, and Surrey.

The next big electoral event is the June 17th by-election in Chesham and Amersham where the signs are that the LAB vote is going to be squeezed and I would not like to bet that Labour will hold its deposit.